The Arctic Circle is at 66 degrees, 33 minutes, 45.9 seconds latitude north where the sun remains above the horizon for at least one 24 hour period a year.  Churchill, Manitoba is at 58 degrees north latitude.

Polar bears are the largest land carnivores on earth, equal in size to the Kodiac brown bear.  Male polar bears average from 700 to 1500 pounds and can rise to nearly 10 feet tall.  Females are one half as heavy as males.  Polar bears can smell seals 1 mile away or 3 feet under snow.  Polar bears are insulated with 4 inches of bludder.  They can sprint at 25 mph and swim for days in the frigid Arctic waters.  Females become sexually mature at age 4 to 5 years and average two cubs in a litter.  Pregnant polar bears enter their snow den in early winter, give birth in midwinter and exit the den between mid February to mid April.  Cubs stay with their mother for 1 1/2 to 2 1/2 years.

The arctic fox is a small fox with thick fur that is brown in the summer and white in the winter.  The arctic fox feeds on lemmings, voles, fish, birds, berries and insects.  They live in large dens with a complex tunnel system.  In some parts of the world, the red fox has expanded in to arctic fox territory and is now a predator of the arctic fox. 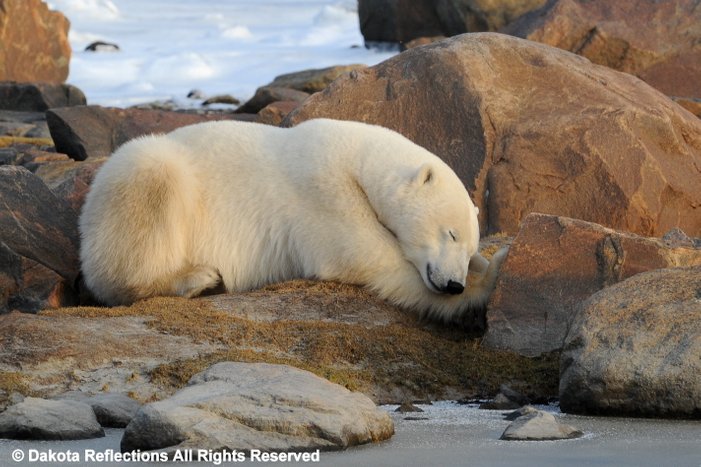 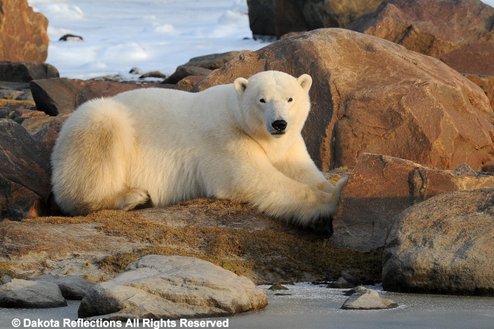 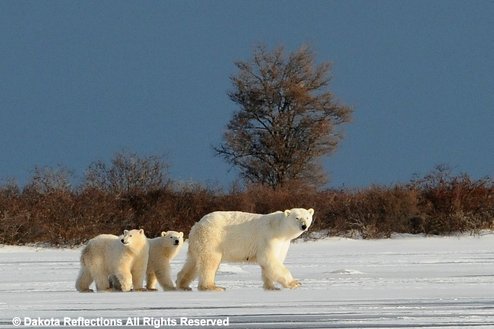 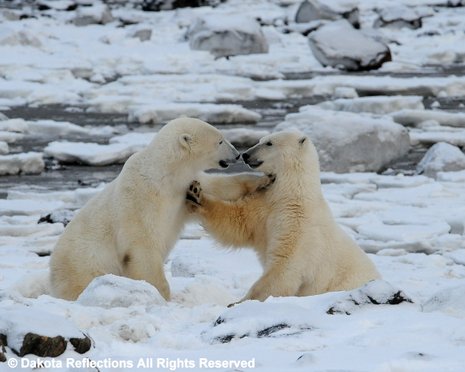 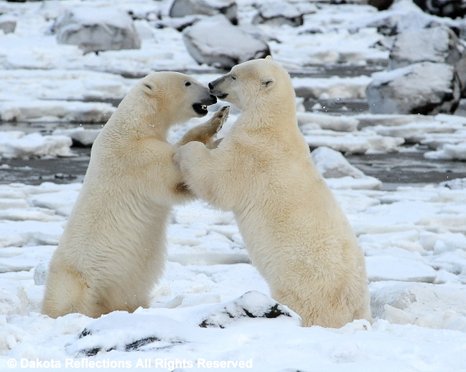 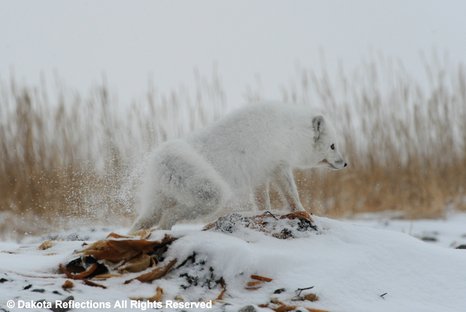 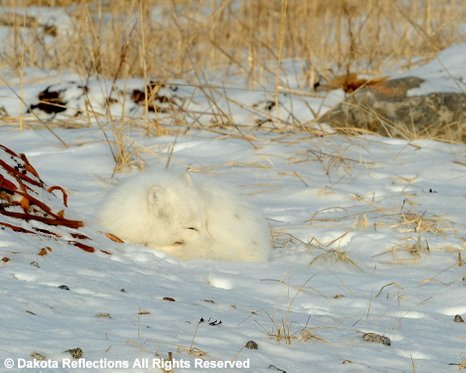 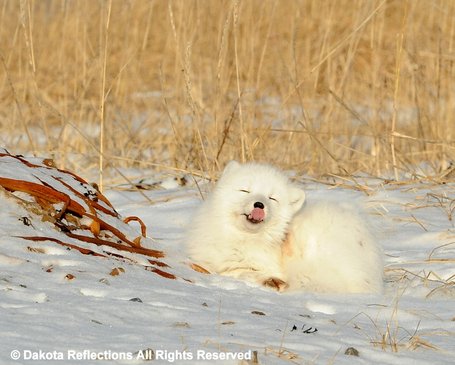 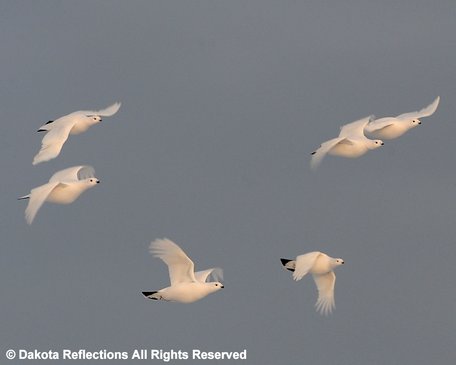 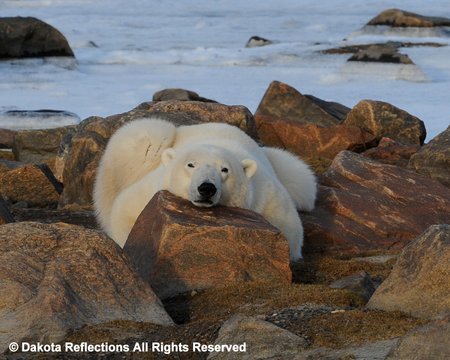 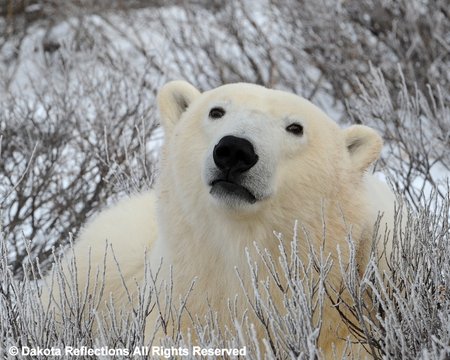 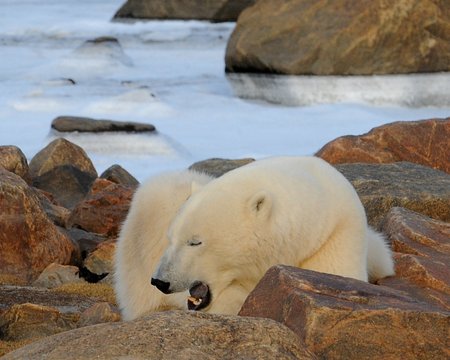 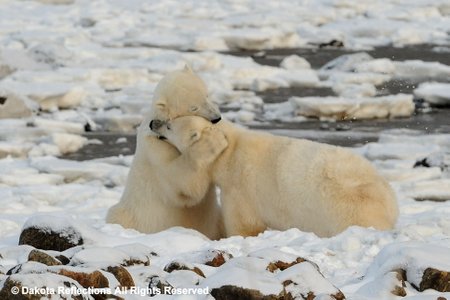 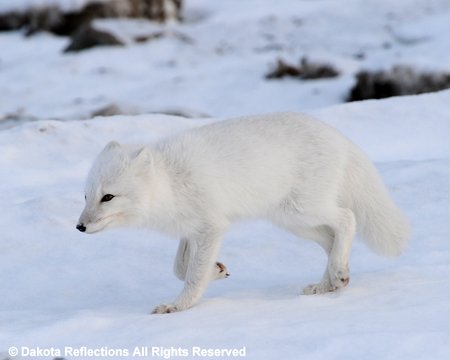 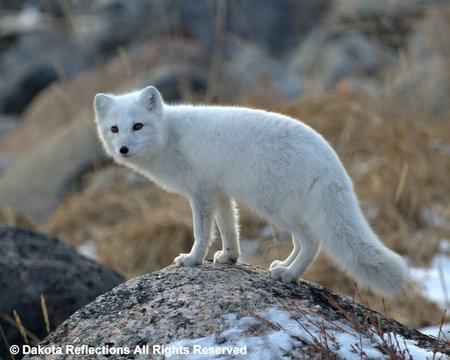 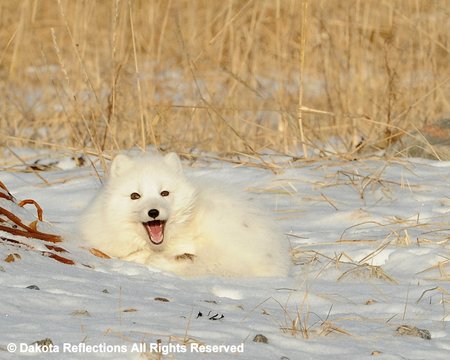 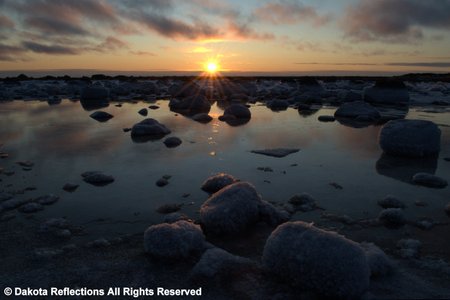 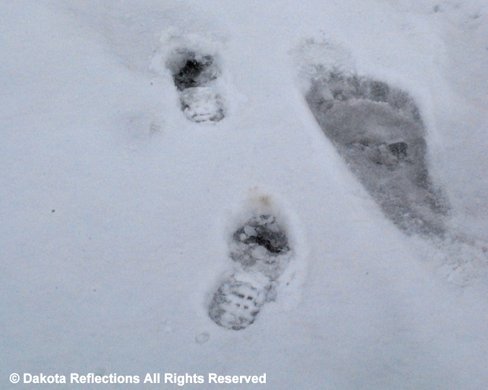