Tanzania is located in East Aftrica and is a diverse country of 47 million people.  Tanzania has wonderful national parks and Mt. Kilimanjaro which is 19,340 feet tall, 1 mile higher than the Colorado Rockies.  Hiking in Tanzania is unique where one can climb a very tall mountain, see glaciers and then go on safari and see the remarkable Tanzanian people and animals. 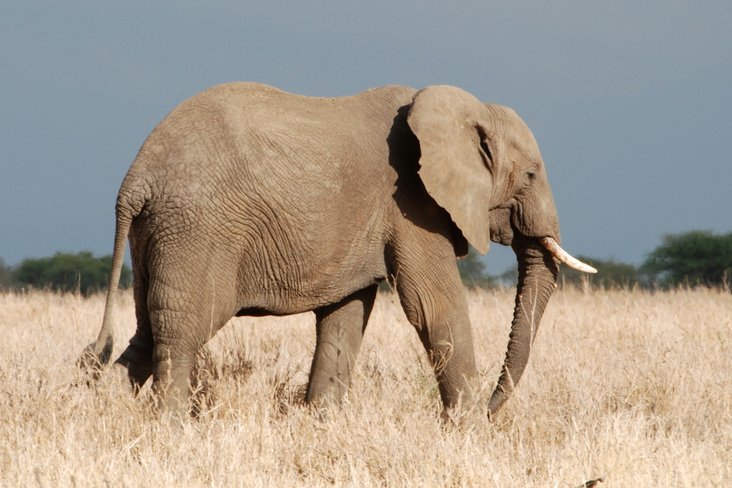 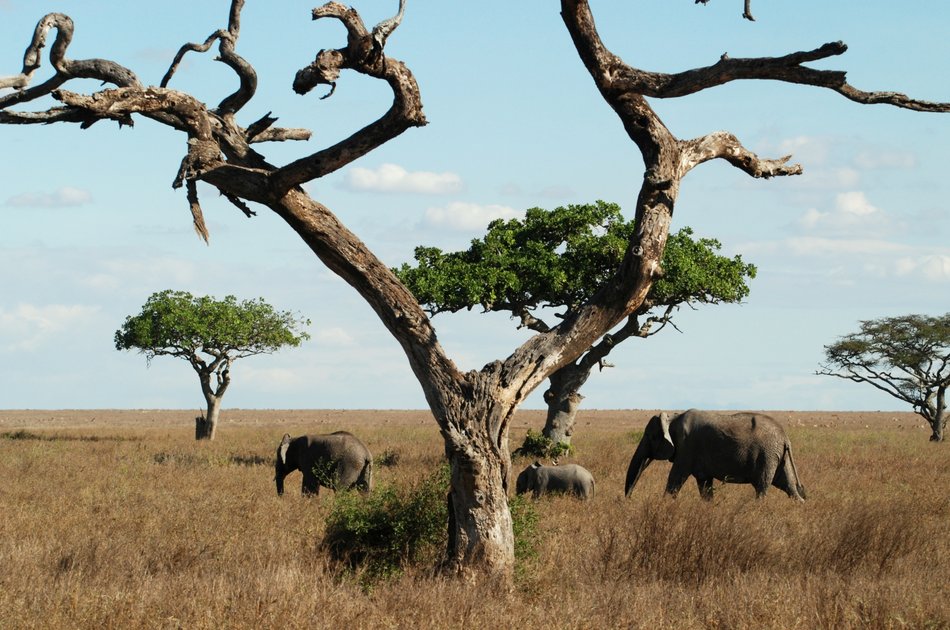 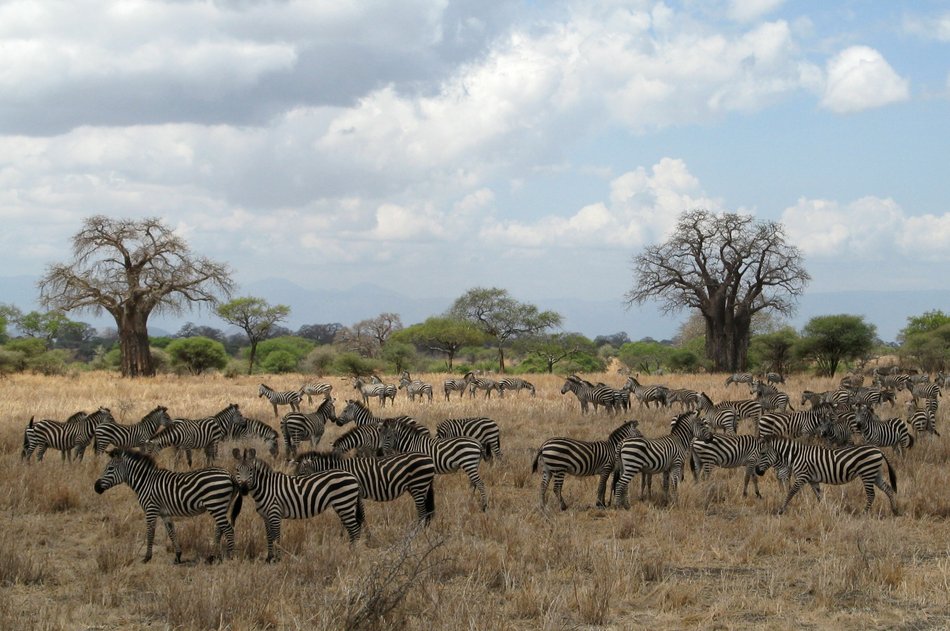 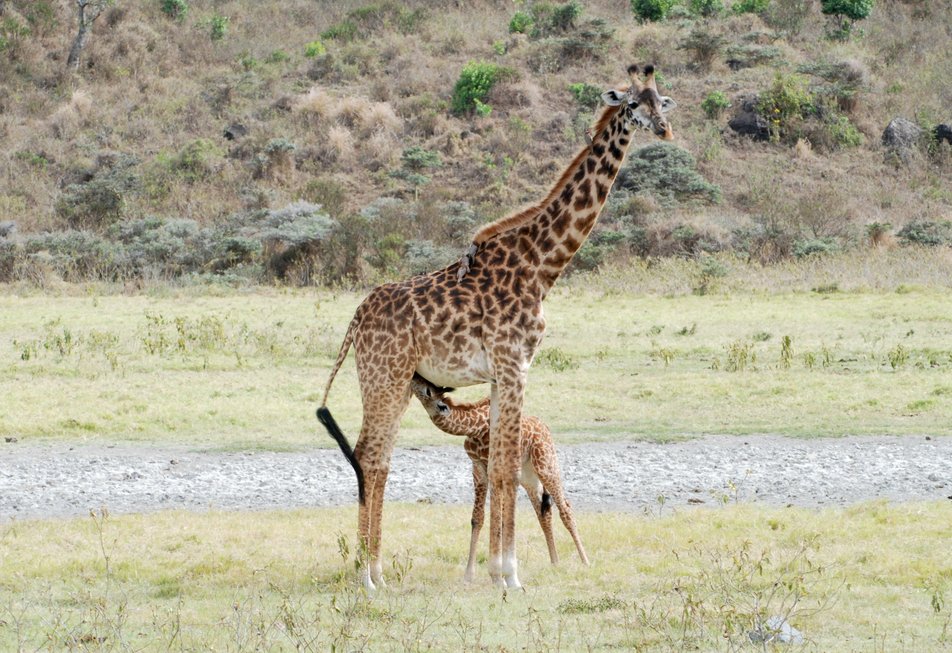 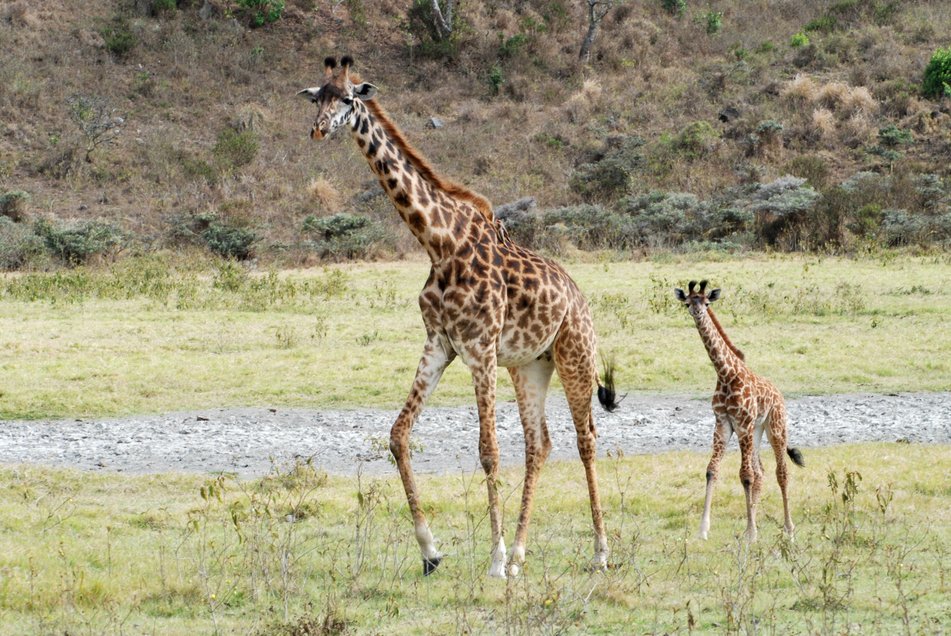 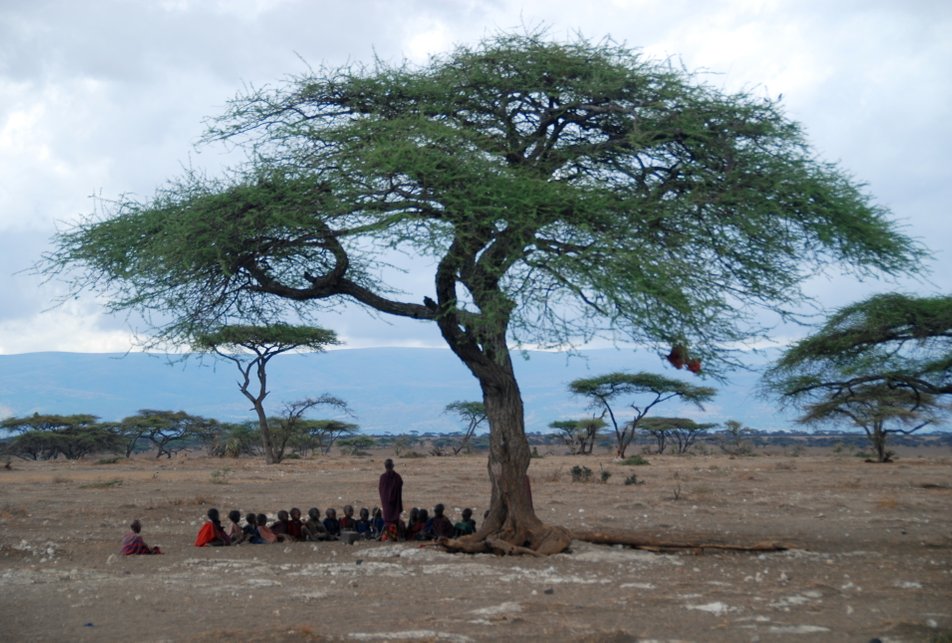 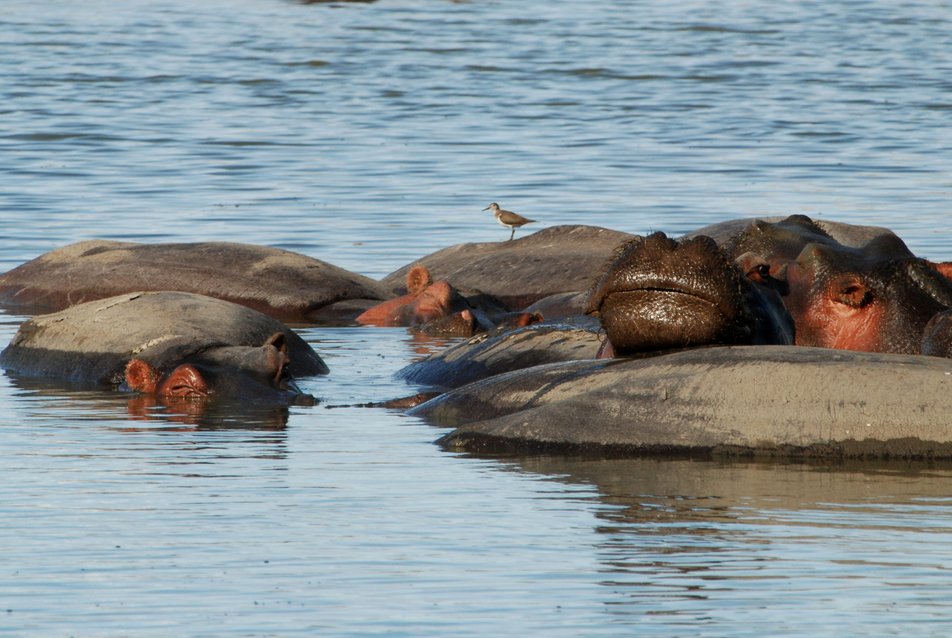 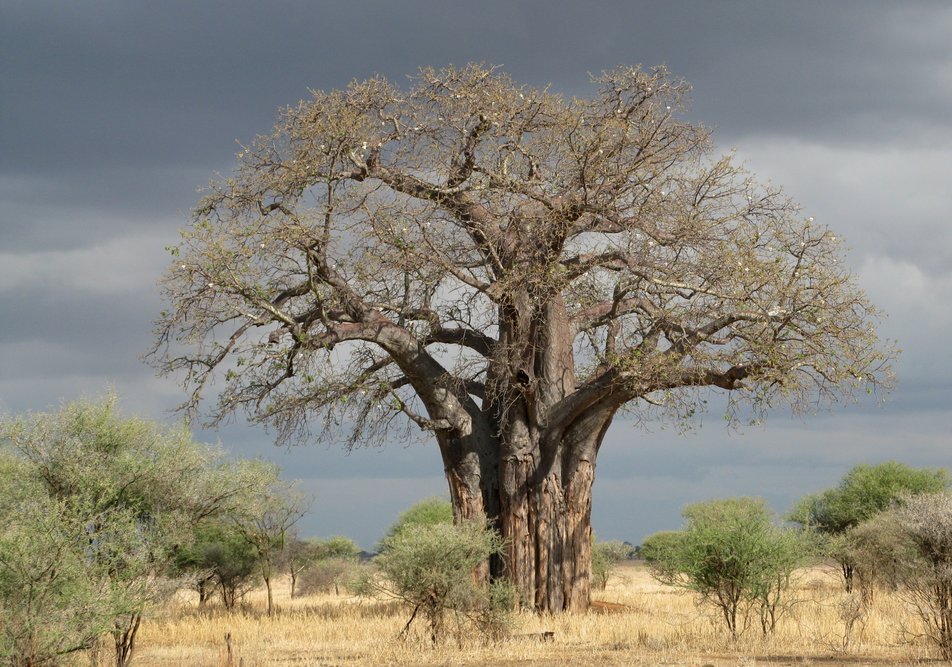 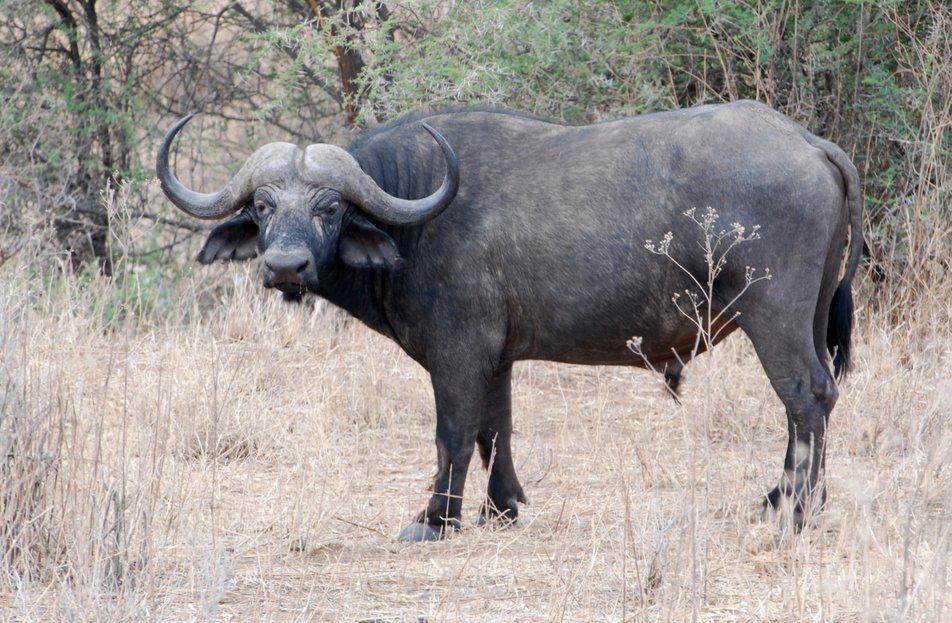 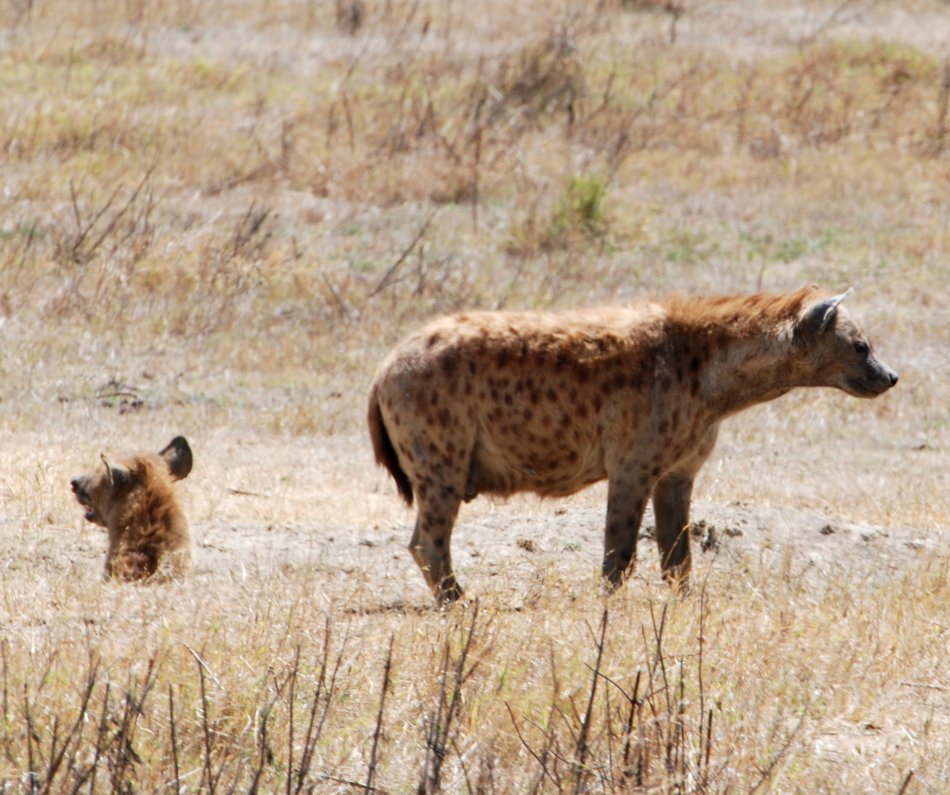 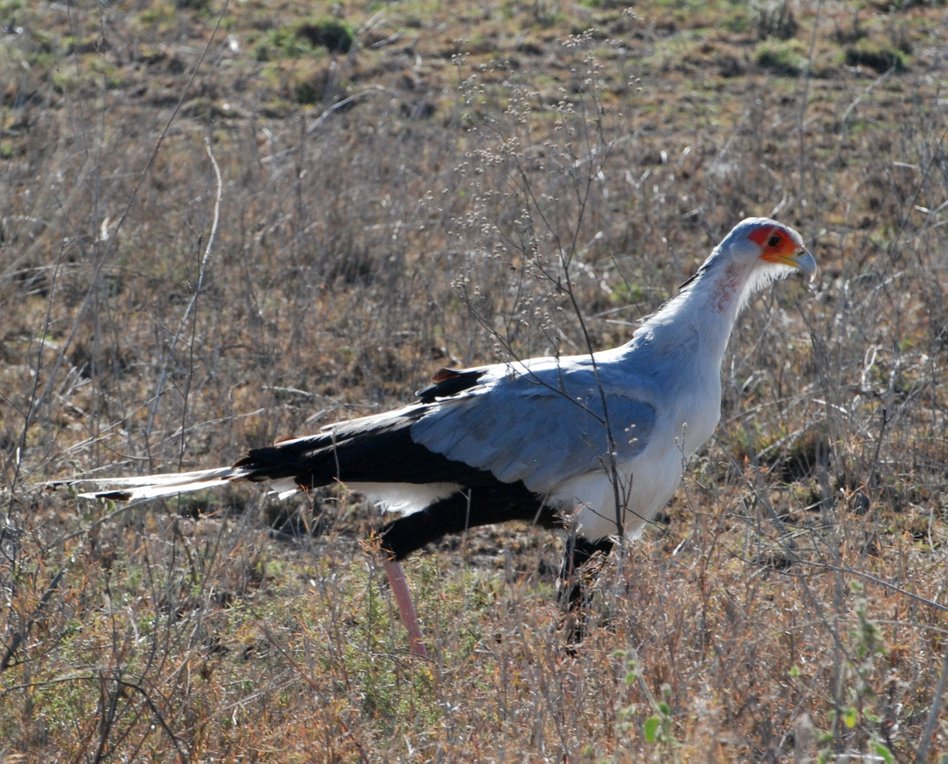 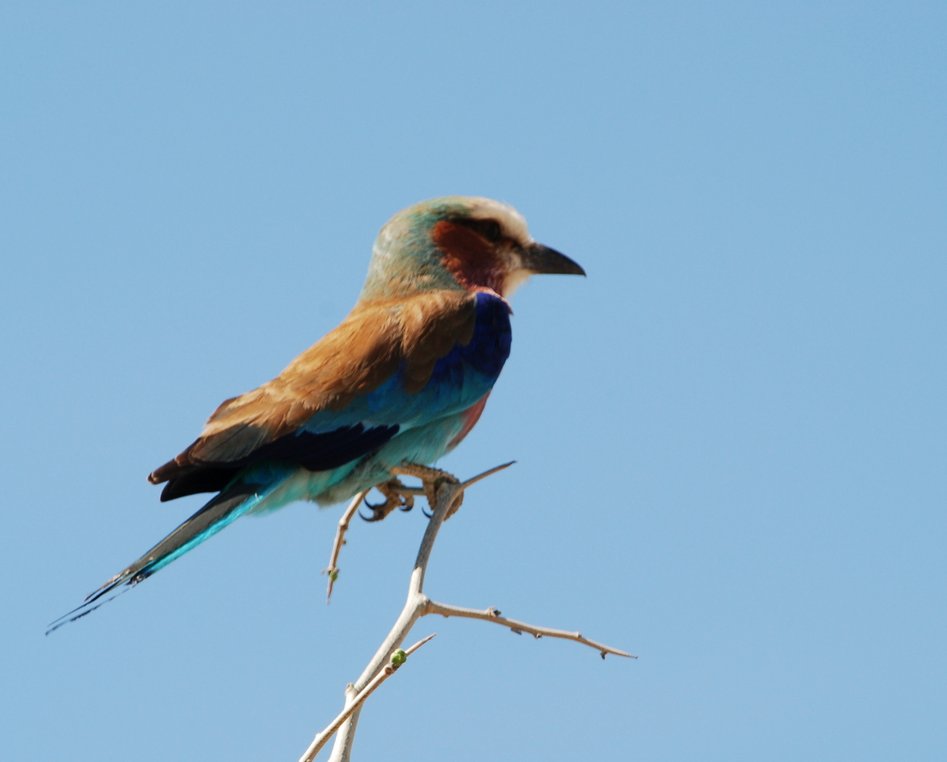 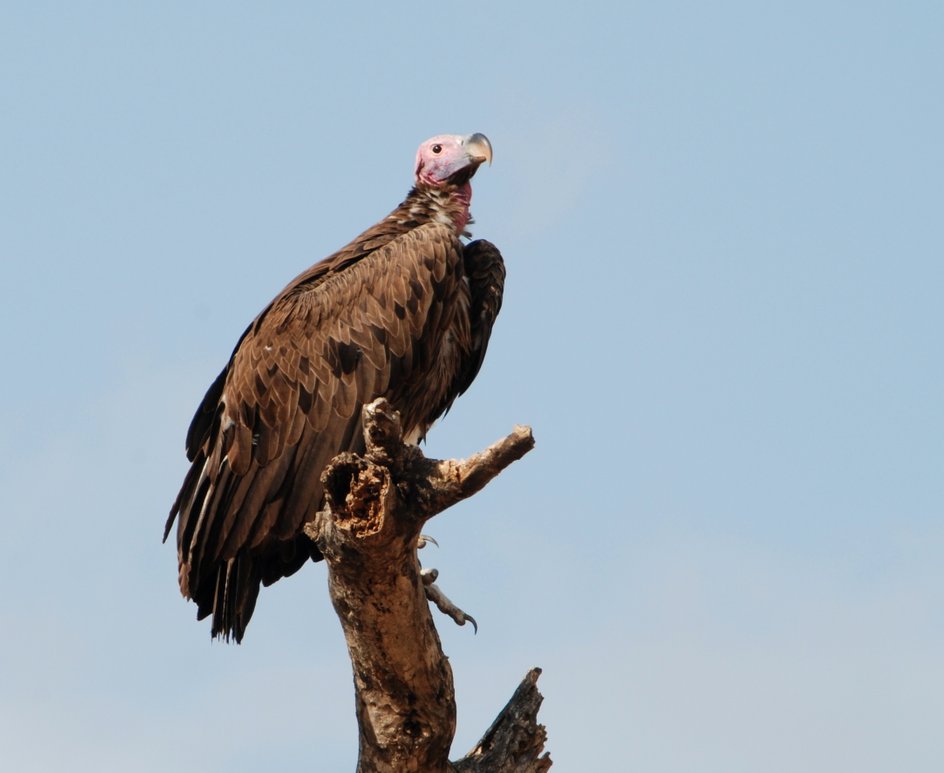 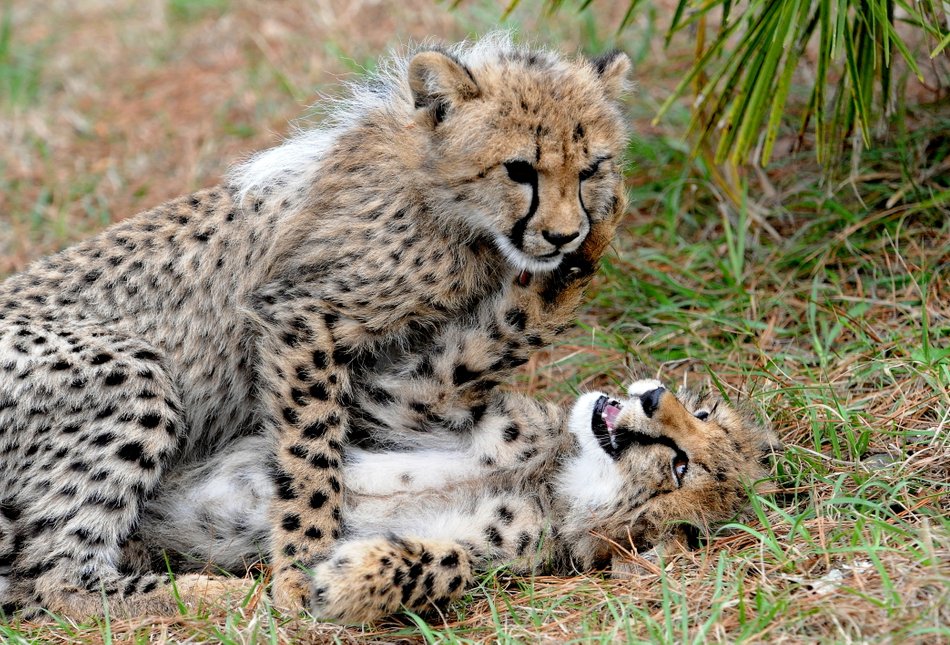 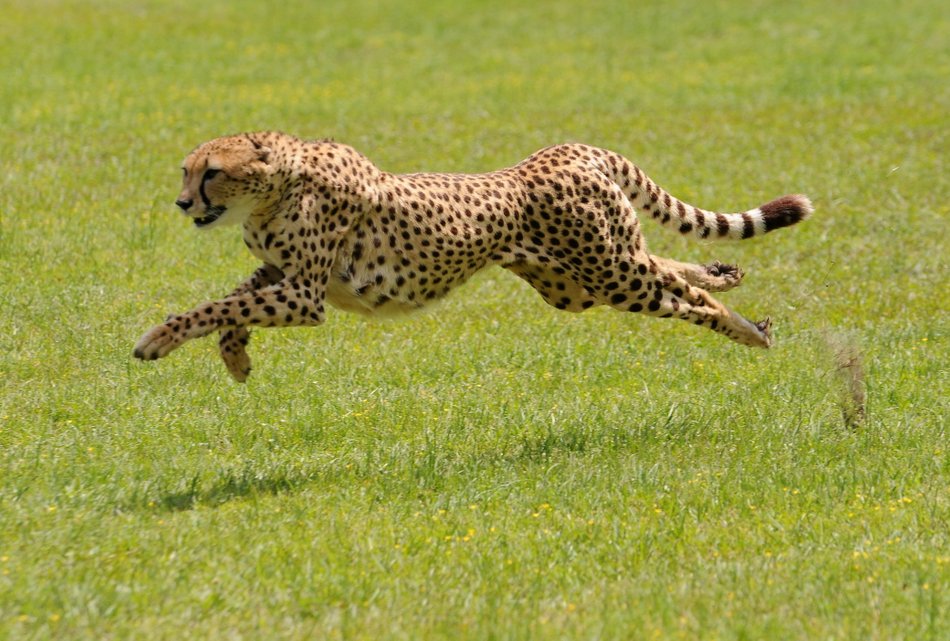 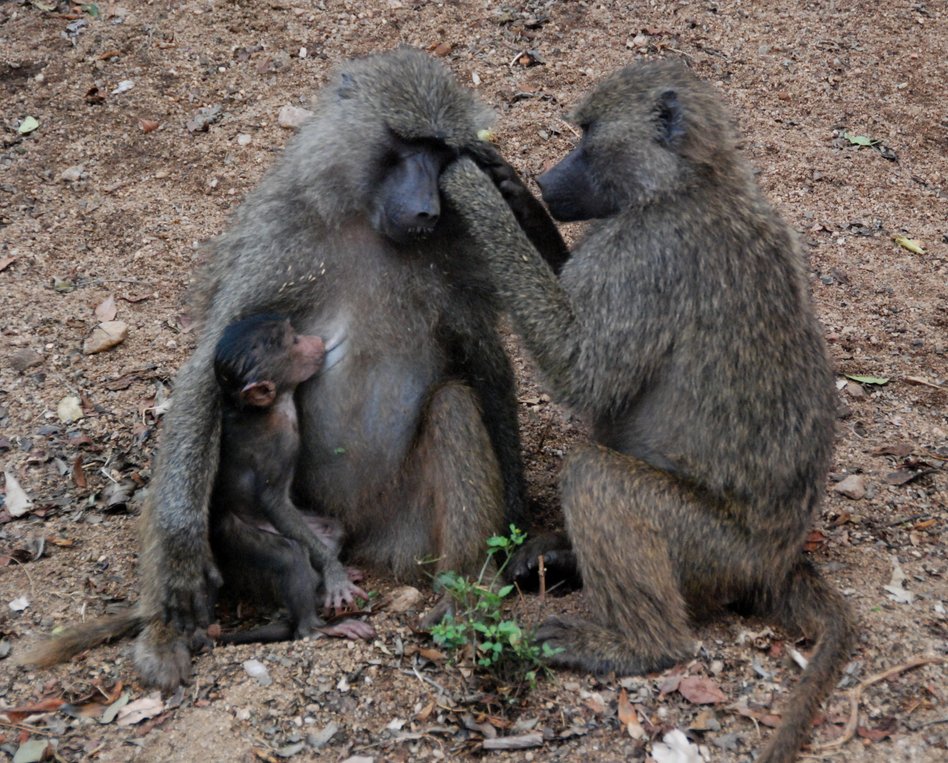 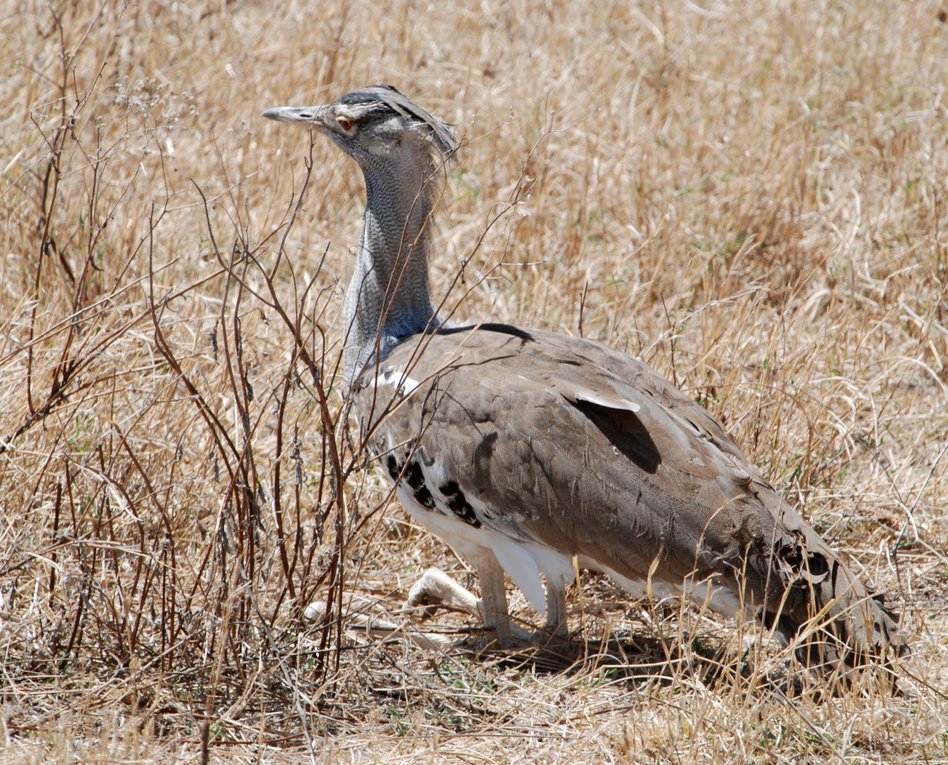 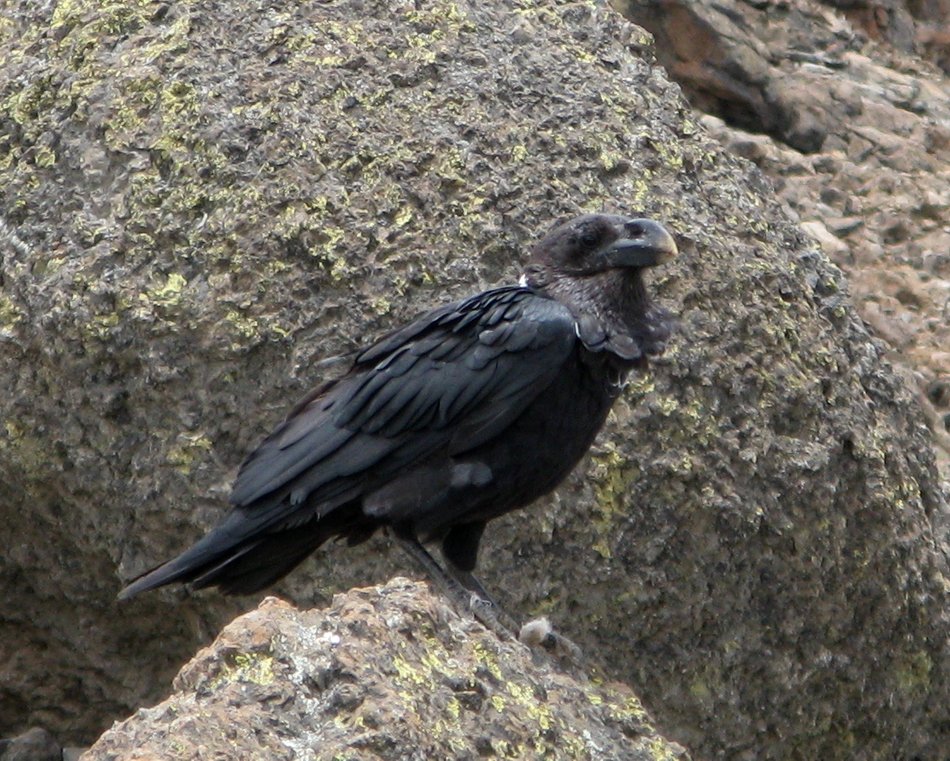 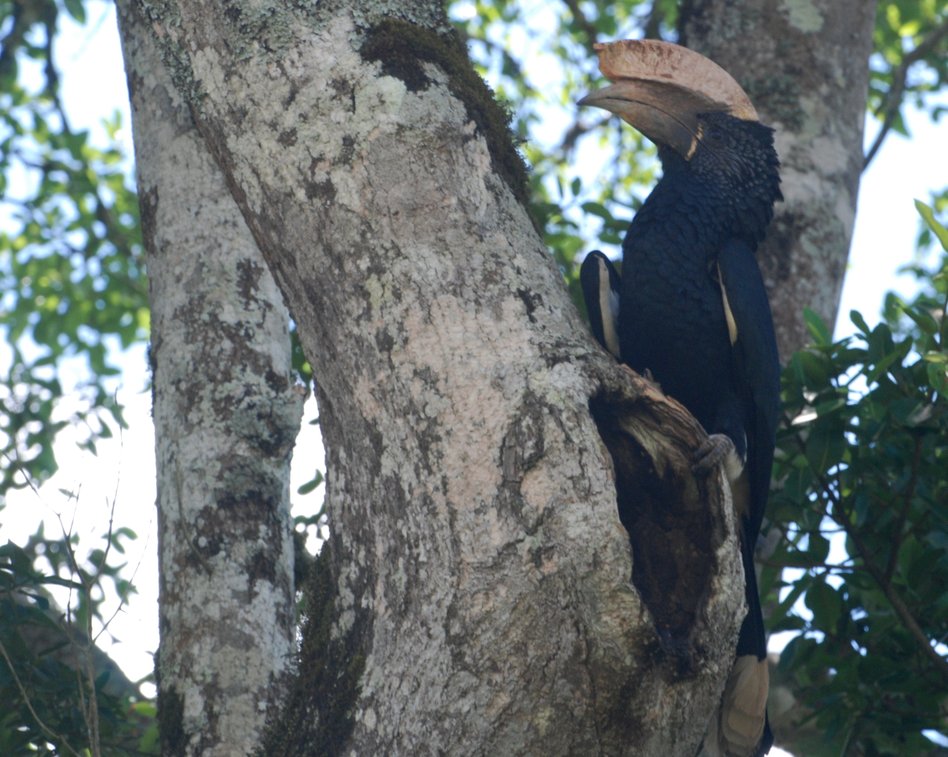 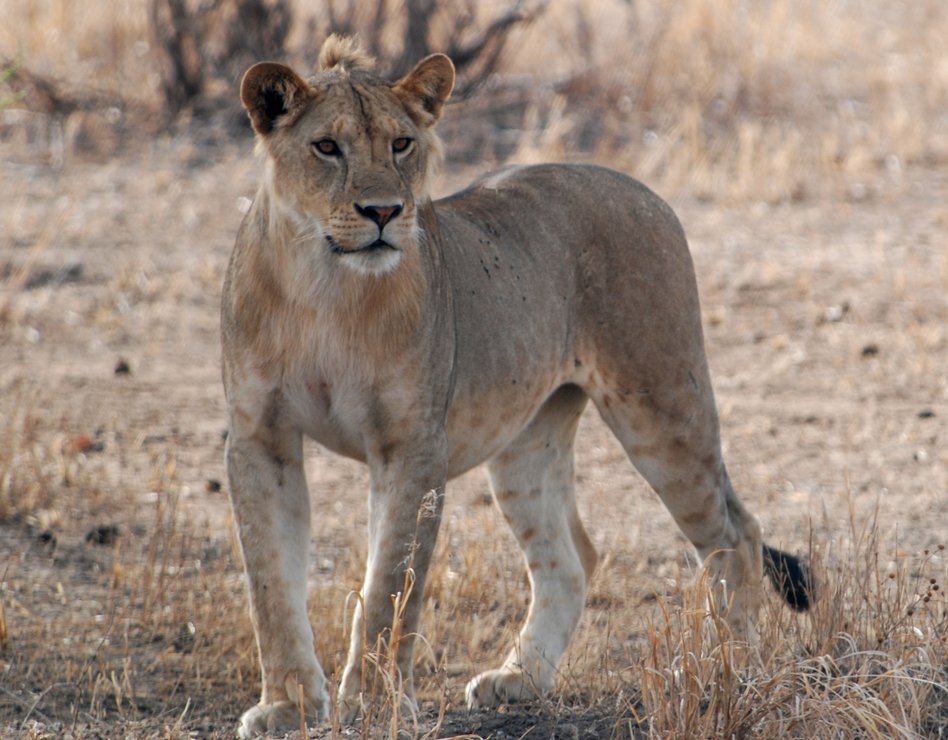 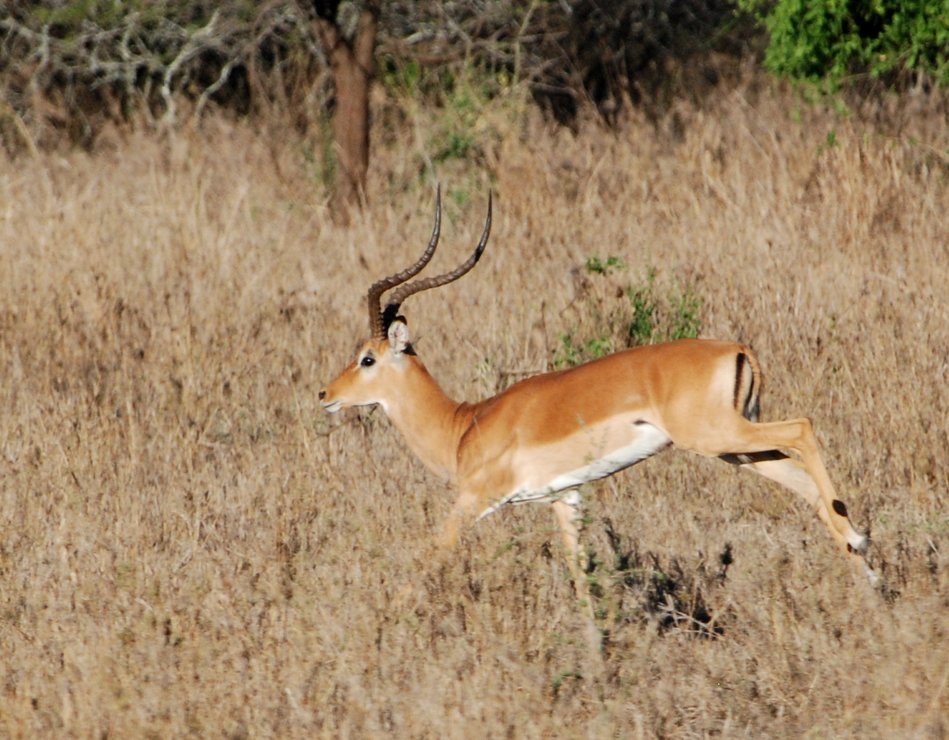 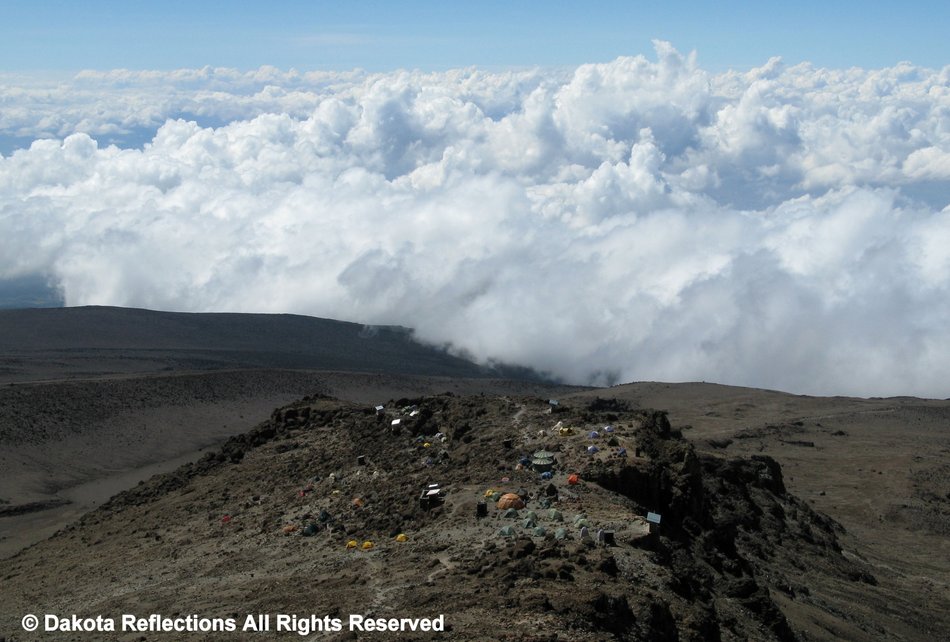 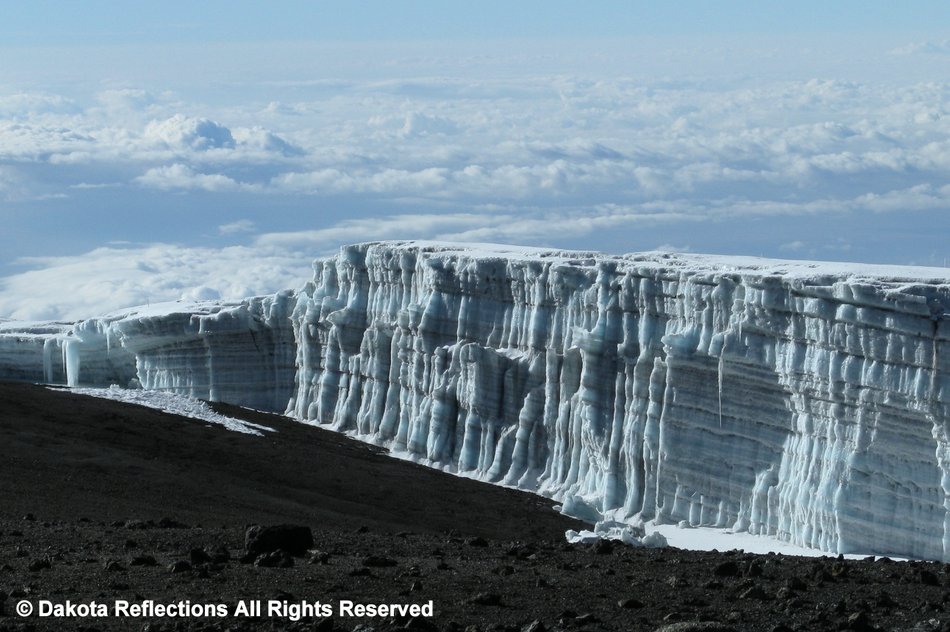 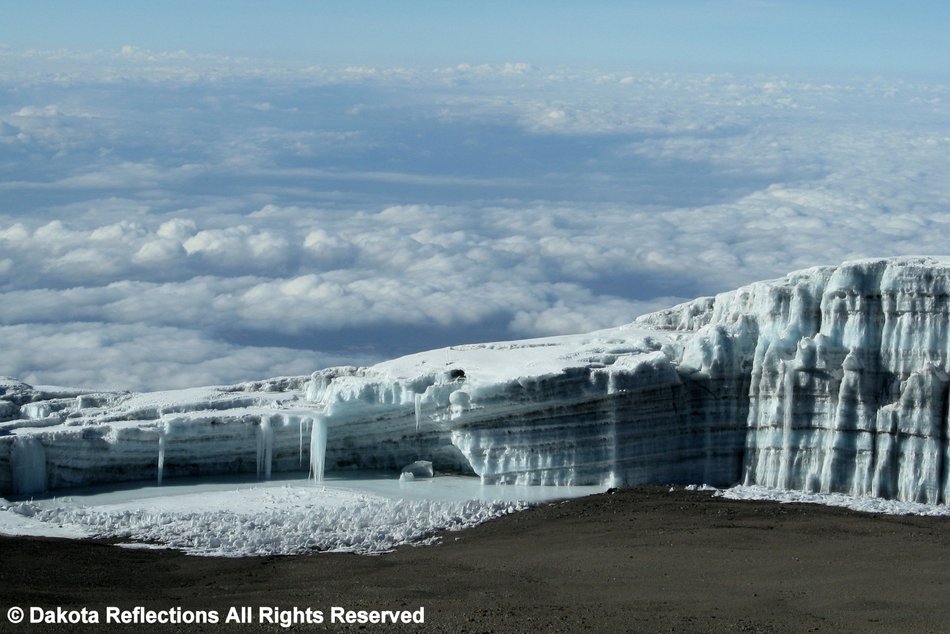 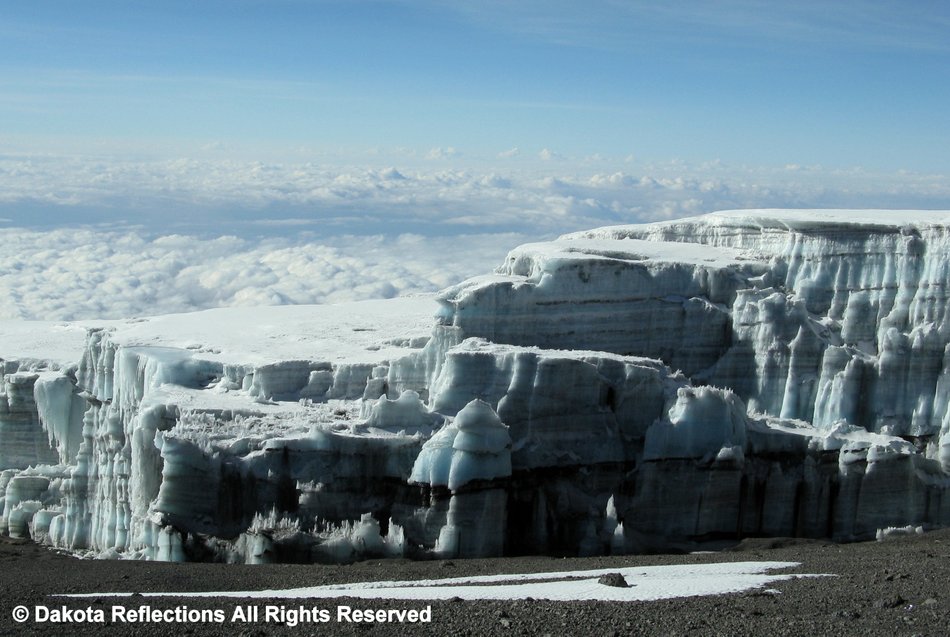 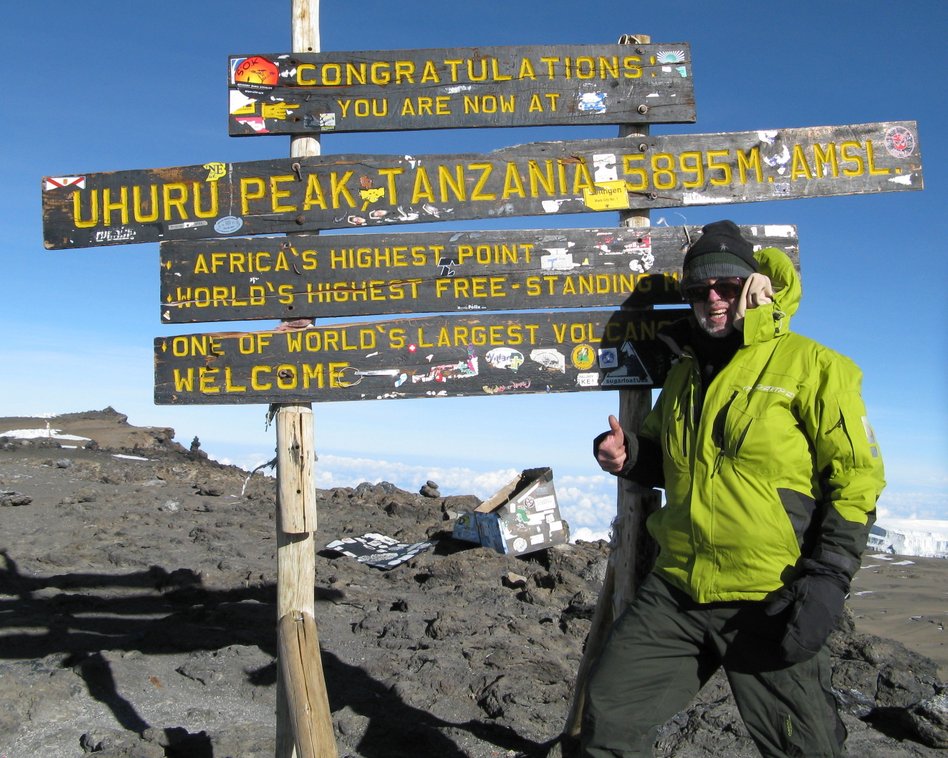 Arusha National Park covers Mount Meru, a prominent volcano with an elevation of 4566 m, in the Arusha Region of north eastern Tanzania. The park is small but varied with spectacular landscapes in three distinct areas. In the west, the Meru Crater funnels the Jekukumia River; the peak of Mount Meru lies on its rim. Ngurdoto Crater in the south-east is grassland. The shallow alkaline Momella Lakes in the north-east have varying algal colours and are known for their wading birds.

Mount Meru is the second highest peak in Tanzania after Mount Kilimanjaro, which is just 60 km away and forms a backdrop to views from the park to the east. Arusha National Park lies on a 300-kilometre axis of Africa's most famous national parks, running from Serengeti and Ngorongoro Crater in the west to Kilimanjaro National Park in the east.

The park is just a few kilometres north east of Arusha, though the main gate is 25 km east of the city. It is also 58 km from Moshi and 35 km from Kilimanjaro International Airport (KIA).

Arusha National Park has a rich variety of wildlife, but visitors shouldn't expect the same game-viewing experience they find in other national parks of Tanzania's northern circuit. Despite the small size of the park, common animals include giraffe, Cape buffalo, zebra, warthog, the black-and-white colobus monkey, the blue monkey, flamingo, elephant, bushbuck and many other African animals. Leopard populations are present, but rarely seen. Birdlife in the forest is prolific, with many forest species more easily seen here than elsewhere on the tourist route - Narina trogon and bar-tailed trogon are both possible highlights for visiting birders, whilst the range of starling species provide somewhat less gaudy interest.

It covers an area of approximately 2,850 square kilometers (1,100 square miles.) The landscape is composed of granitic ridges, river valley, and swamps. Vegetation is a mix of Acacia woodland, Combretum woodland, seasonally flooded grassland, and baobab trees.

The park is famous for its high density of elephants and baobab trees. Visitors to the park in the June to November dry season can expect to see large herds of thousands of zebra, wildebeest and cape buffalo. Other common resident animals include waterbuck, giraffe, dik dik, impala, eland, Grant's gazelle, vervet monkey, banded mongoose, and olive baboon. Predators in Tarangire include lion, leopard, cheetah, caracal, honey badger, and African wild dog.

The oldest known elephant to give birth to twins is found in Tarangire. A recent birth of elephant twins in the Tarangire National Park of Tanzania is a great example of how the birth of these two healthy and thriving twins can beat the odds.

Home to more than 550 bird species, the park is a haven for bird enthusiasts. The park is also famous for the termite mounds that dot the landscape. Those that have been abandoned are often home to dwarf mongoose. In 2015, a giraffe that is white due to leucism was spotted in the park.  Wildlife research is focused on African bush elephant and Masai giraffe.

Since 2005, the protected area is considered a Lion Conservation Unit.

Tarangire National Park can be reached via paved road south from Arusha in under two hours. Lake Manyara National Park is a 70 kilometer (43 mile) drive from Tarangire.

The Ngorongoro Conservation Area Authority was established by the Game Park Laws Act, 1976, and owns the majority of Ngorongoro Conservation Area land, including the Crater. The area became a UNESCO World Heritage Site in 1979, originally inscribed for its natural significance.  The conservation area land is multi-use and unique because it is the only conservation area in Tanzania that protects wildlife while allowing human habitation. Land use is controlled to prevent negative effects on the wildlife population. For example, cultivation is prohibited at all but subsistence levels.

The main feature of the Ngorongoro Conservation Authority is the Ngorongoro Crater, the world's largest inactive, intact and unfilled volcanic caldera.  The crater, which formed when a large volcano exploded and collapsed on itself two to three million years ago, is 610 metres (2,000 feet) deep and its floor covers 260 square kilometres (100 square miles).  Estimates of the height of the original volcano range from 4,500 to 5,800 metres (14,800 to 19,000 feet) high.  The crater floor is 1,800 metres (5,900 feet) above sea level.  The Ngorongoro volcano was active from about 2.45 to 2 million years ago.

Approximately 25,000 large animals, mostly ungulates, live in the crater.  Large mammals in the crater include the black rhinoceros (Diceros bicornis michaeli), the local population of which declined from about 108 in 1964-66 to between 11–14 in 1995, the African buffalo or Cape buffalo (Syncerus caffer), and the hippopotamus (Hippopotamus amphibius).  There also are many other ungulates: the blue wildebeest (Connochaetes taurinus) (7,000 estimated in 1994), Grant's zebra (Equus quagga boehmi) (4,000), the eland (Taurotragus oryx), and Grant's (Nanger granti) and Thomson's gazelles (Eudorcas thomsonii) (3,000).[29] Waterbucks (Kobus ellipsiprymnus) occur mainly near Lerai Forest.

Although thought of as "a natural enclosure" for a very wide variety of wildlife, 20 percent or more of the wildebeest and half the zebra populations vacate the crater in the wet season, while Cape buffalo (Syncerus caffer) stay; their highest numbers are during the rainy season.

Since 1986, the crater's wildebeest population has fallen from 14,677 to 7,250 (2003-2005). The numbers of eland and Thomson's gazelle also have declined while the buffalo population has increased greatly, probably due to the long prevention of fire which favors high-fibrous grasses over shorter, less fibrous types.

Lake Magadi, a large lake in the southwest of the crater, is often inhabited by thousands of mainly lesser flamingoes.

The crater has one endemic species of mammal: Mduma's shrew (Crocidura mdumai), which is restricted to montane forests on the edge of the crater. This shrew is considered endangered due to deforestation from smallholder farming.

The crater has one of the most dense known population of lions, numbering 62 in 2001.

A side effect of the crater being a natural enclosure is that the lion population is significantly inbred. This is due to the very small amount of new bloodlines that enter the local gene pool, as very few migrating male lions enter the crater from the outside. Those who do enter the crater are often prevented from contributing to the gene pool by the crater's male lions, who expel any outside competitors.

The Serengeti National Park is a large national park in northern Tanzania that stretches over 14,763 km2 (5,700 sq mi).  It is located entirely in eastern Mara Region and north east portion of Simiyu Region and contains over 1,500,000 hectares (3,700,000 acres) of virgin savanna. The park was established in 1940.  The Serengeti is well known for the largest annual animal migration in the world of over 1.5 million blue wildebeest and 250,000 zebra along with smaller herds of Thomas' Gazelle and eland.  The national park is also home to the largest lion population in Africa. It is under threat from deforestation, population growth and ranching.  The name "Serengeti" is an approximation of the word siringet used by the Maasai people for the area, which means "the place where the land runs on forever".

Serengeti National Park forms a Lion Conservation Unit since 2005 together with Maasai Mara National Reserve.  More than 3,000 lions live in this ecosystem.  The population density of the African leopard is estimated at 5.41 individuals per 100 km2 (39 sq mi) in the dry season.

The great migration is the world's longest overland migration. The complete migration route is around 800 km (500 mi). South of this migration route covers the Ngorongoro Conservation Area where around half a million Wildebeest are born between January and March. By March, at the beginning of the dry season, roughly 1.5 million and 250,000 zebras start to migrate heading north towards Maasai Mara in Kenya. Common eland, plains zebra, and Thomson's gazelle join the wildebeest. In April and May, the migrating herds pass through the Western Corridor. To get to the Maasai Mara, the herds have to cross the Grumeti and Mara Rivers where around 3,000 crocodiles lie in wait. For every wildebeest captured by the crocodiles, 50 drown. When the dry season ends in late October, the migrating herds start to head back south. Around 250,000 wildebeests and 30,000 plains zebras die annually from drowning, predation, exhaustion, thirst, or disease.