Patagonia is the region of southern Chile and Argentina.  Some of the most beautiful hiking and challenging mountaineering in the world is found there.  Strong winds can blow for many days. 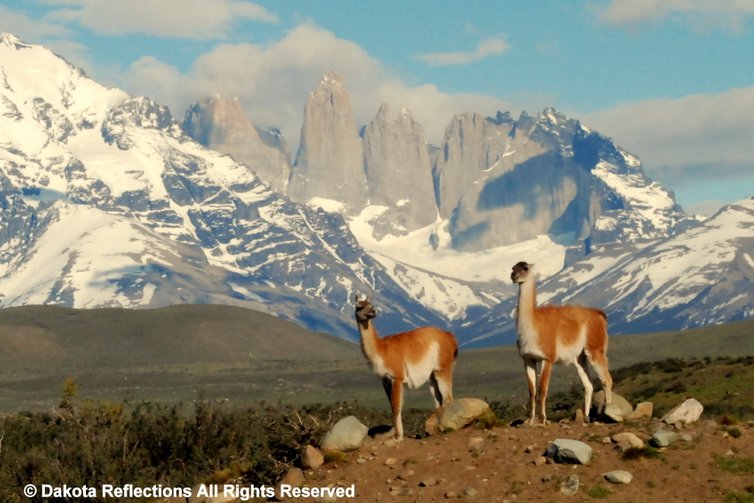 The guanaco is a native camelid from South America, whose height varies between 42 to 48 inches (107 and 122 cm). It weighs about 200 pounds (90 kg). The color varies very little (as opposed to the llama), ranging from light brown to darker and cinnamon to shade, with white coat on the chest and abdomen. The face of a guanaco has a grayish tone and the small ears stand upright. Its striking feature is its large brown eyes (used to be alert to any danger), balanced body shape and tremendous energy. The name guanaco comes from the Quechua South American language (from the word huanaco). The guanaco, like the llama, is a ruminant mammal from South America. Unlike the other camelid species, it has a shorter coat and can spend four days without water. It lives at great heights, close to 13,000 feet (4 000 meters).  Guanaco is native to the arid and mountainous regions of South America. They are found in the highlands of Peru, Bolivia, Ecuador, Colombia, Chile and Argentina. In Chile and Argentina, they are more numerous in some regions of Patagonia, in places such as Torres del Paine National Park and the Big Island of Tierra del Fuego.  The normal life span of a Guanaco is twenty to 25 years.  Because they are found at high altitudes (where oxygen levels are low), one teaspoon of guanaco blood contains about 68,000,000 red blood cells - four times more than a human being. This high number of red cells ensures body adaptation under these extreme conditions. 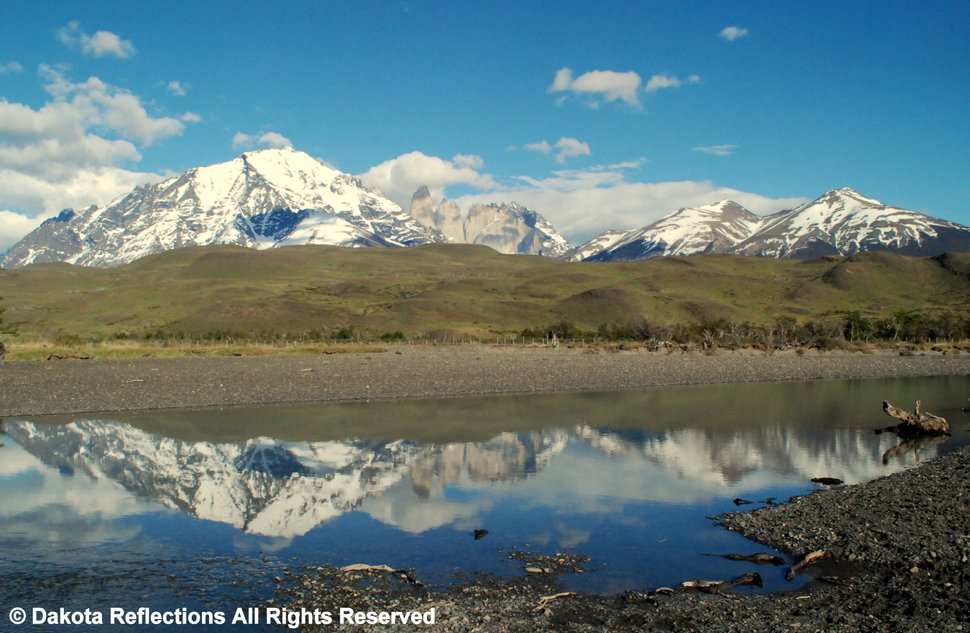 Torres del Paine National Park (Spanish: Parque Nacional Torres del Paine) is a national park encompassing mountains, glaciers, lakes, and rivers in southern Chilean Patagonia. The Cordillera del Paine is the centerpiece of the park. It lies in a transition area between the Magellanic subpolar forests and the Patagonian Steppes. The park is located 112 km (70 mi) north of Puerto Natales and 312 km (194 mi) north of Punta Arenas. The park borders Bernardo O'Higgins National Park to the west and the Los Glaciares National Park to the north in Argentine territory. Paine means "blue" in the native Tehuelche (Aonikenk) language and is pronounced PIE-nay.  The Torres del Paine are the distinctive three granite peaks of the Paine mountain range or Paine Massif. From left to right they are known as Torres d'Agostini, Torres Central and Torres Monzino. They extend up to 2,500 meters (8,200 ft) above sea level, and are joined by the Cuernos del Paine. The area also boasts valleys, rivers such as the Paine, lakes, and glaciers. The well-known lakes include Grey, Pehoé, Nordenskiöld, and Sarmiento. The glaciers, including Grey, Pingo and Tyndall, belong to the Southern Patagonia Ice Field. 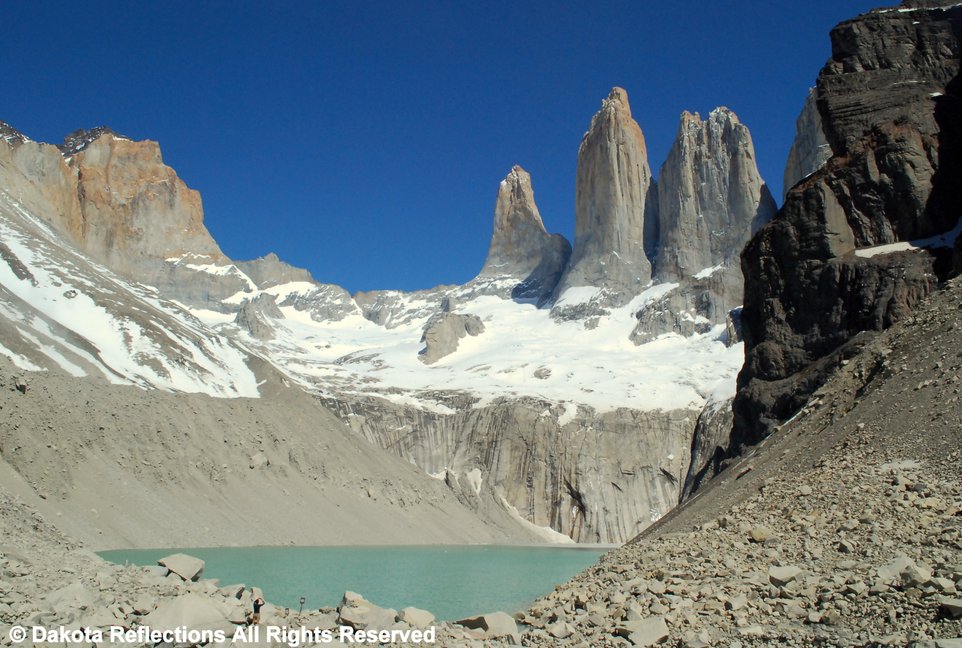 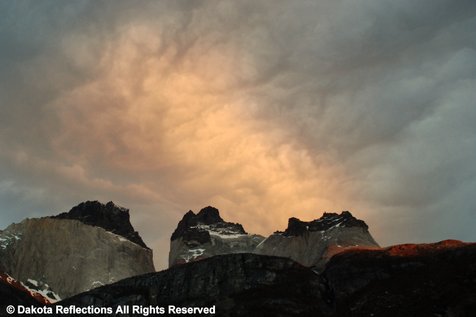 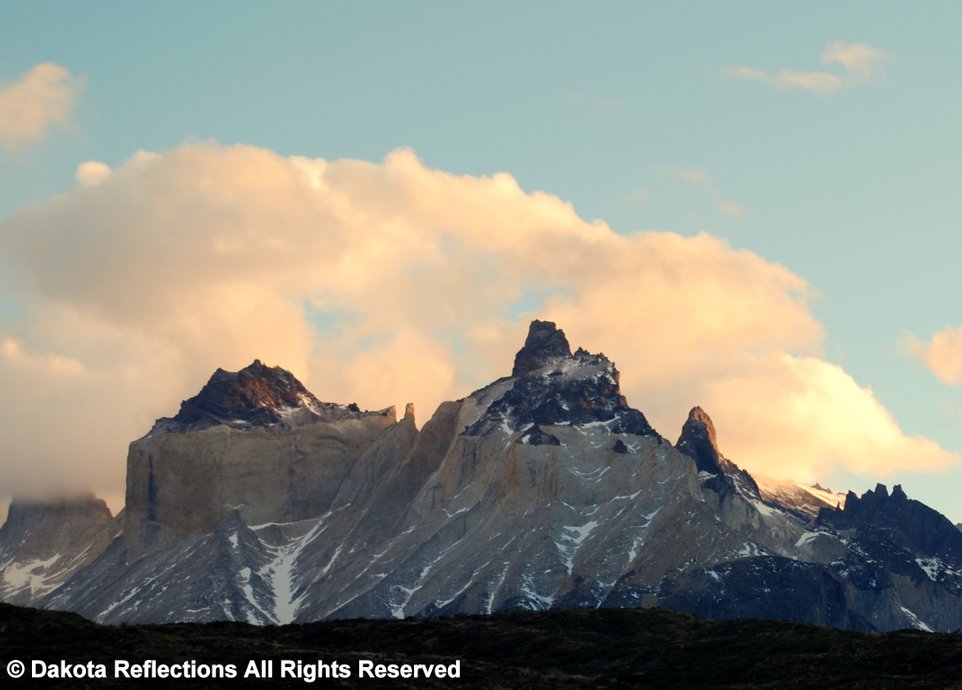 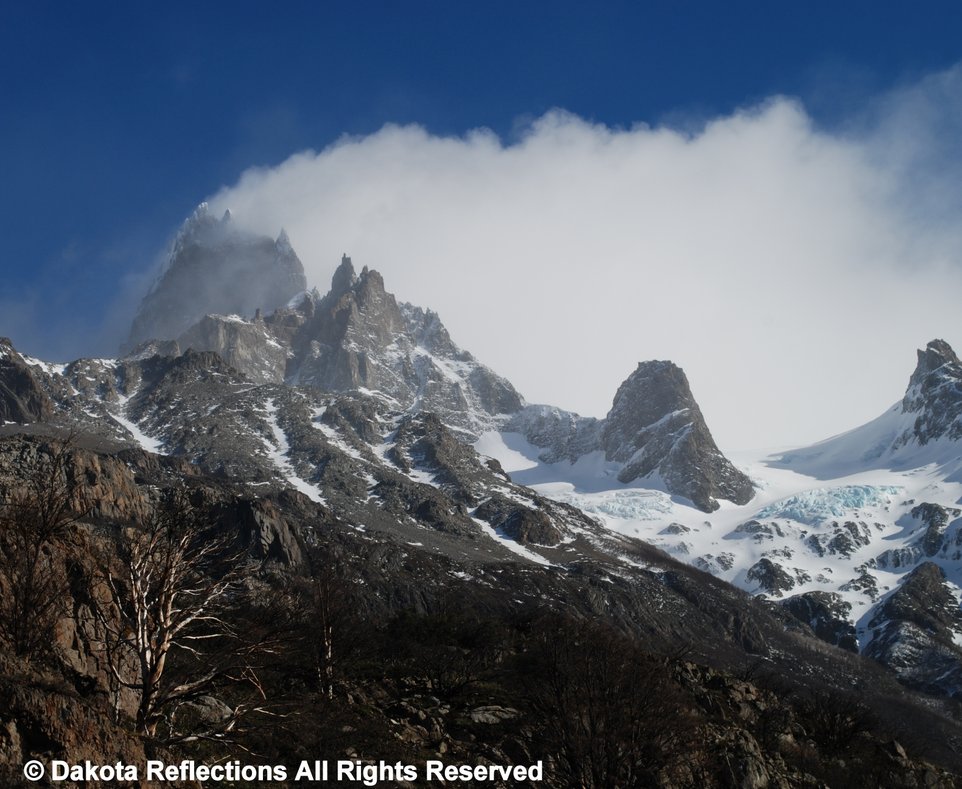 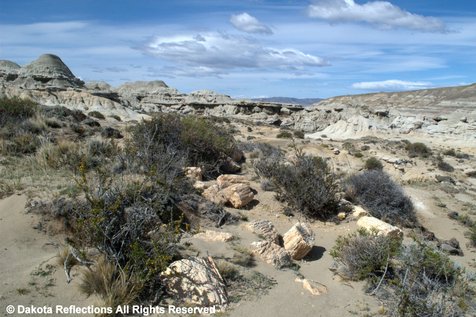 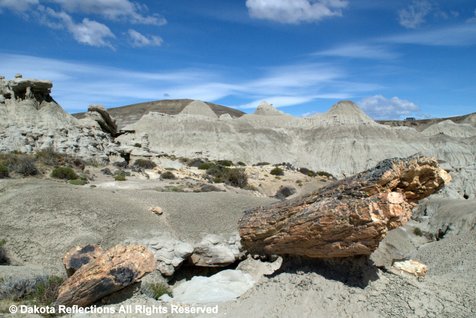 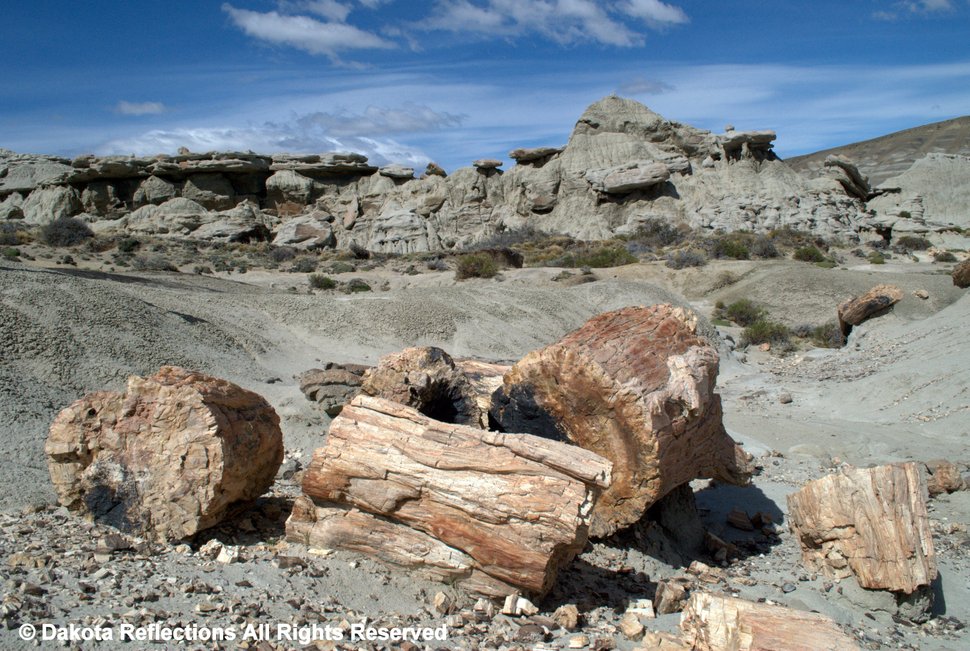 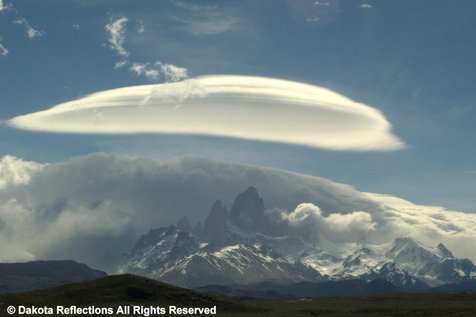 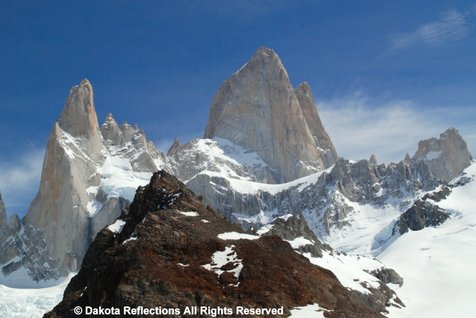 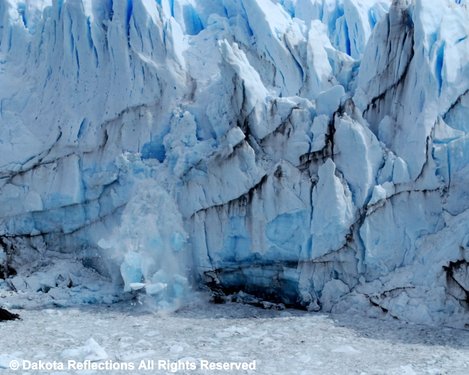 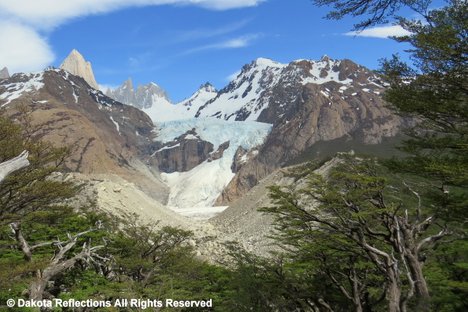 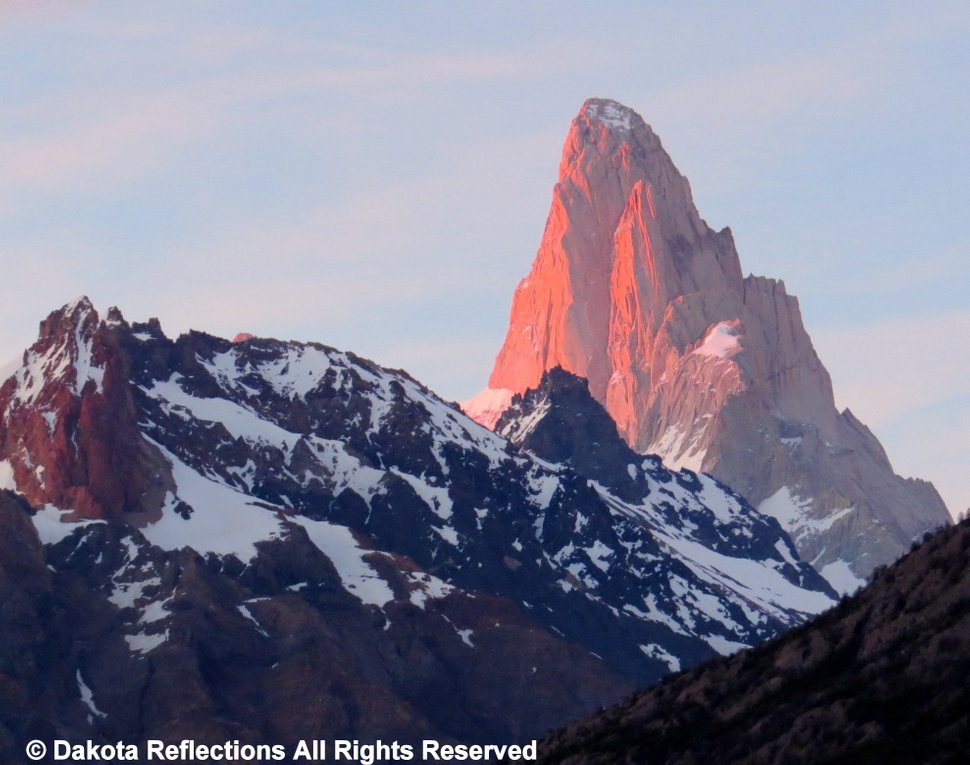 Monte Fitz Roy 3,405 m (11,171 ft) (also known as Cerro Chaltén, Cerro Fitz Roy, or simply Mount Fitz Roy) is a mountain in Patagonia, on the border between Argentina and Chile. It is located in the Southern Patagonian Ice Field, near El Chaltén village and Viedma lake.  Argentine explorer Francisco Moreno saw the mountain on 2 March 1877. He named it Fitz Roy in honour of Robert FitzRoy who, as captain of HMS Beagle, had travelled up the Santa Cruz River in 1834 and charted large parts of the Patagonian coast.  Cerro is a Spanish word meaning hill, while Chaltén comes from a Tehuelche (Aonikenk) word meaning "smoking mountain", due to a cloud that usually forms around the mountain's peak. 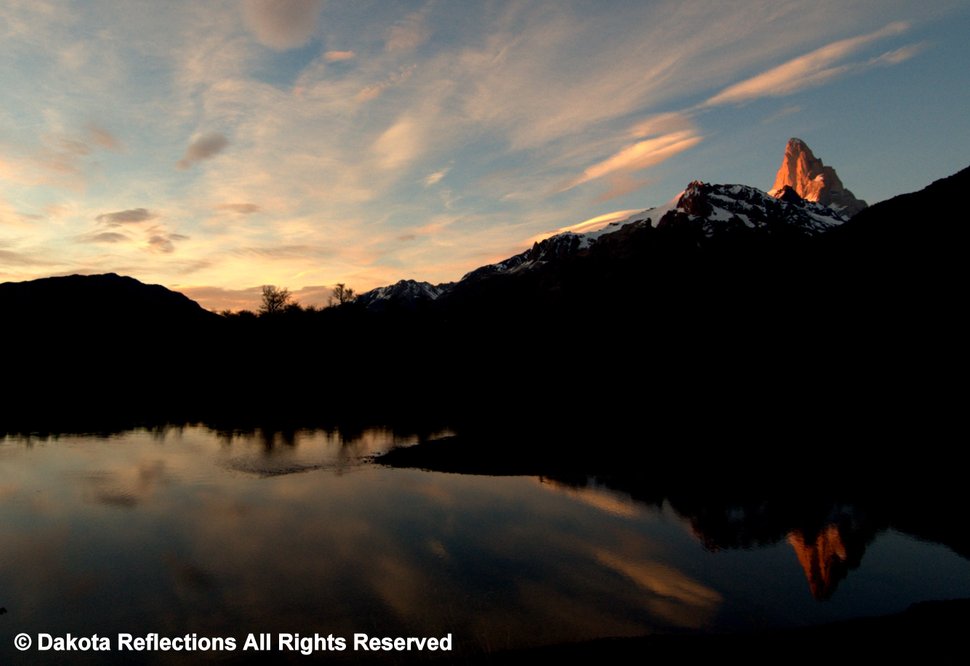 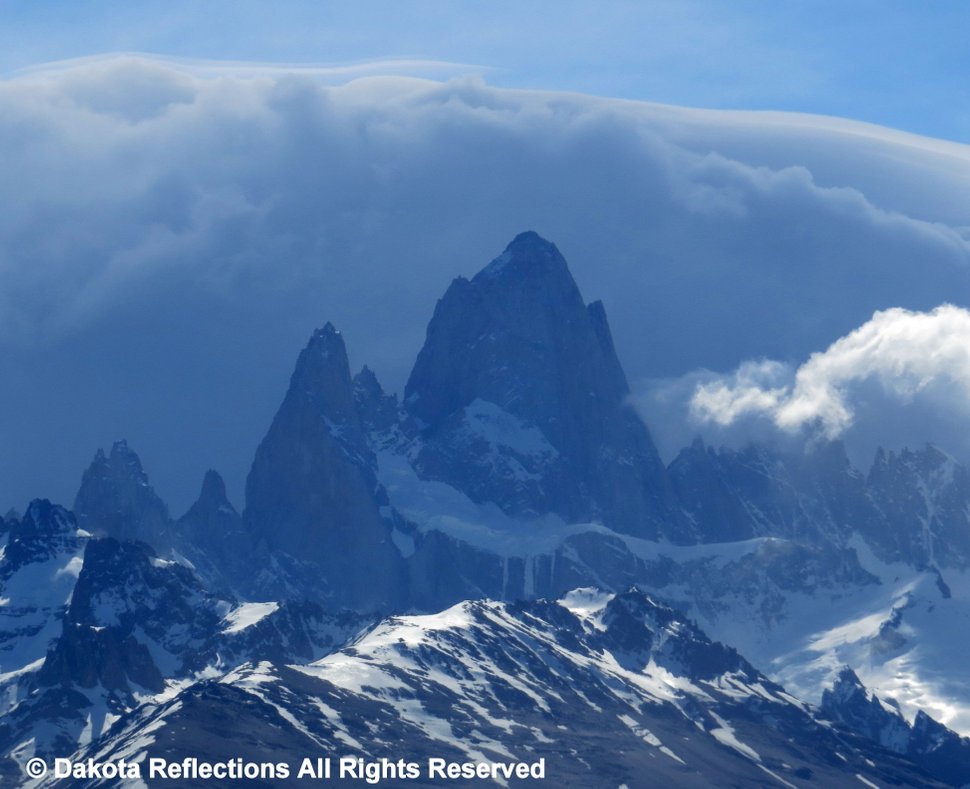 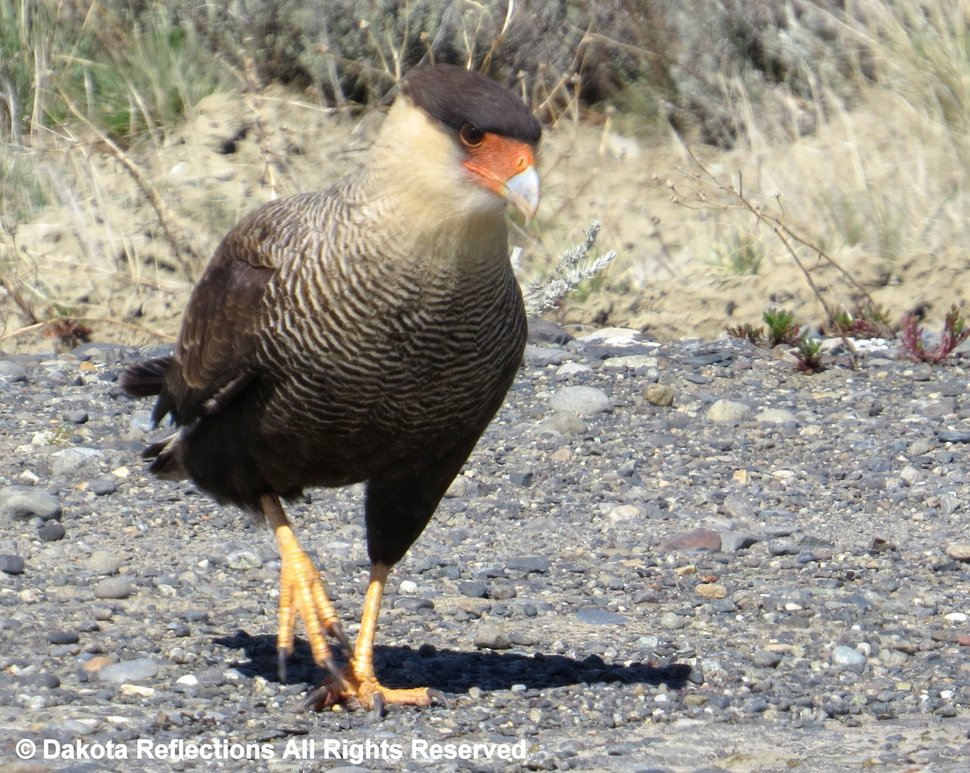 A bold, opportunistic raptor, the Southern Crested Caracara is often seen walking around on the ground looking for food. It mainly feeds on carcasses of dead animals, but will steal food from other raptors, raid bird nests, and take live prey if the possibility arises (mostly insects or other small prey, but at least up to the size of a snowy egret), it may also eat fruit. It is dominant over the black and turkey vulture at carcasses. 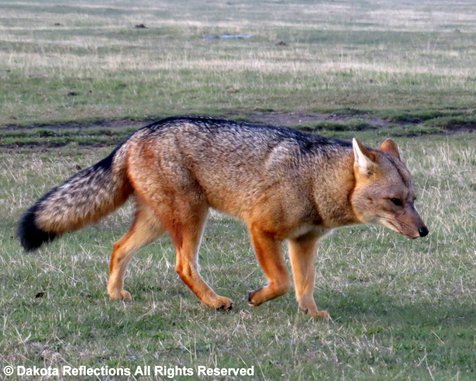 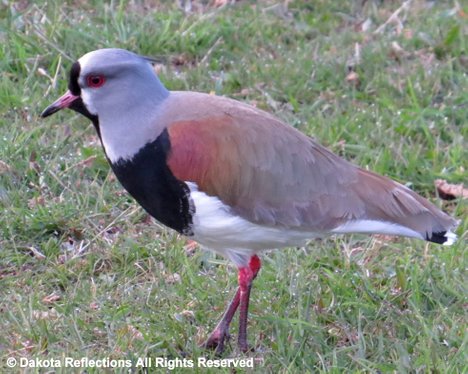 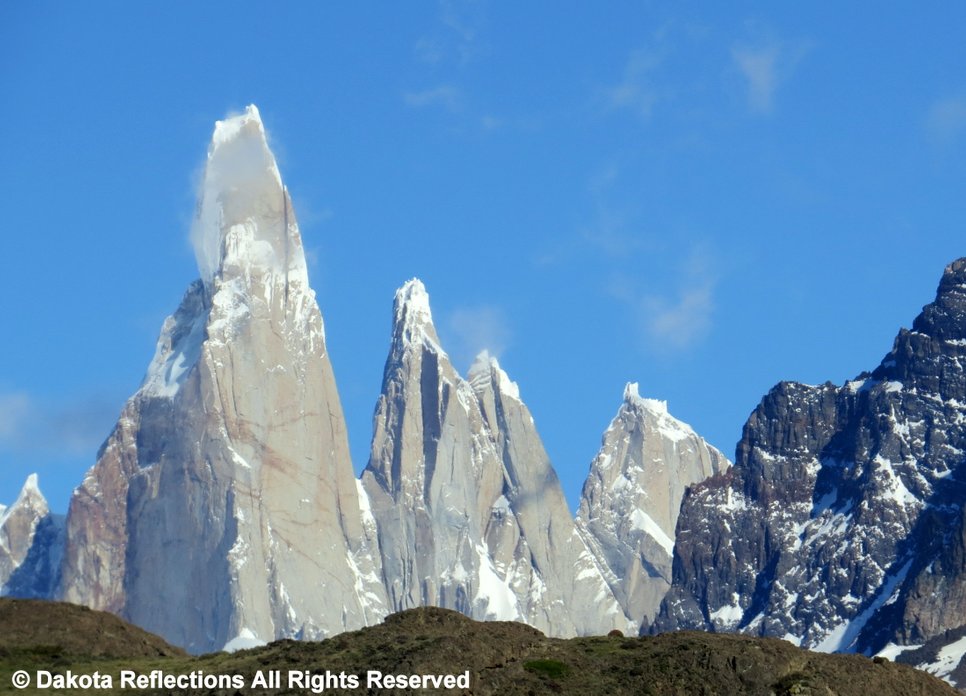 Cerro Torre, 3,128 m, 10,262 ft, is one of the mountains of the Southern Patagonian Ice Field in South America. It is located in a region which is disputed between Argentina and Chile, west of Fitz Roy (also known as Cerro Chaltén). The peak is the highest of a four mountain chain: the other peaks are Torre Egger (2,685 m, 8,809 ft), Punta Herron, and Cerro Standhardt. The top of the mountain often has a mushroom of rime ice, formed by the constant strong winds, increasing the difficulty of reaching the actual summit.