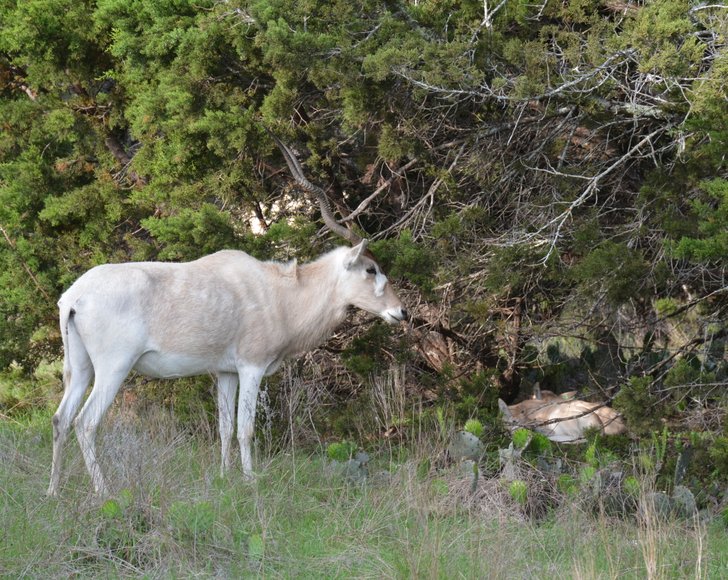 The consortium was born out of an urgent need for greater collaboration and science-driven programs that could save species at a large scale if they partnered together. Individually, these Conservation Centers have helped save some of the world’s rarest species, from the black-footed ferret to the giant panda and Florida panther.

Additionally, the U.S. Fish & Wildlife Service (USFWS) was a driving force in initiating these collaborations large scale, as the agency long has appreciated the importance of breeding centers for saving species at risk, or already extinct, in nature.

At the 2015 annual October Board of Directors meeting, the board decided that C2S2 would develop a major plan to save an expanded portfolio of endangered species over the next 25 years, building on its existing models and developing new ways to address more species that can benefit from C2S2’s unique resources. 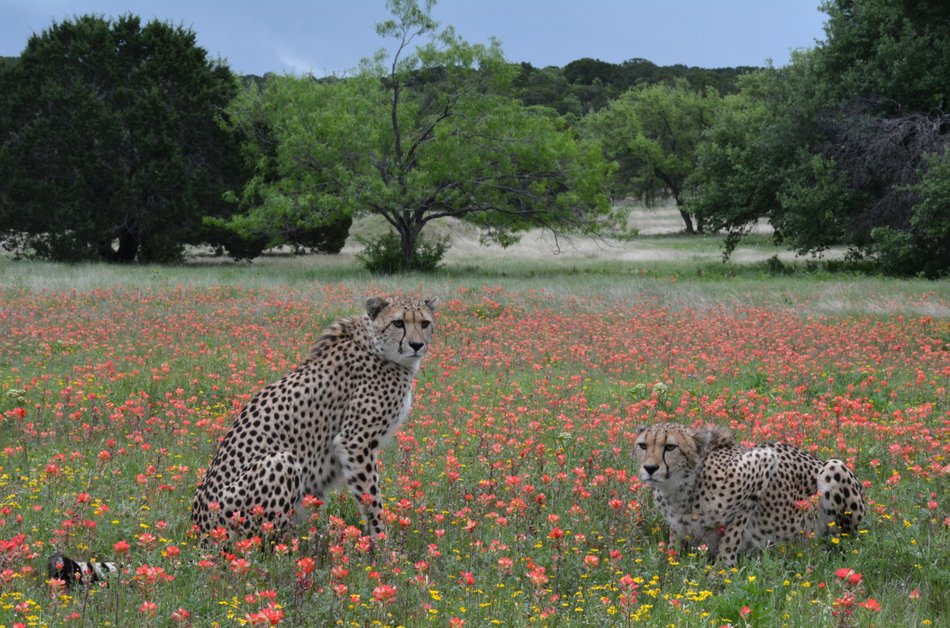 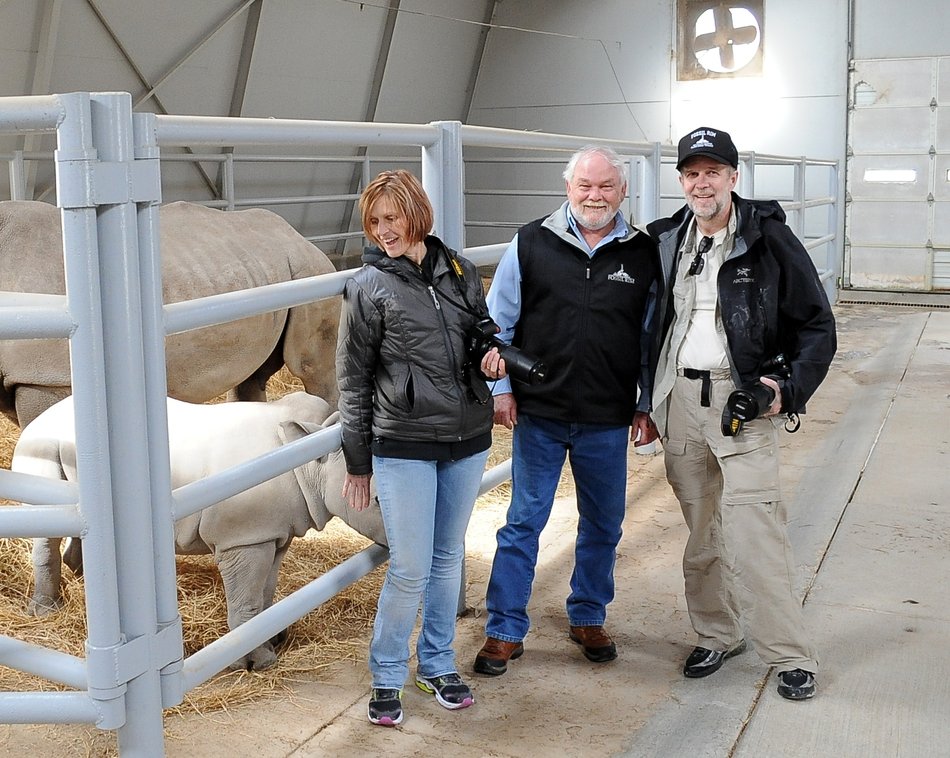 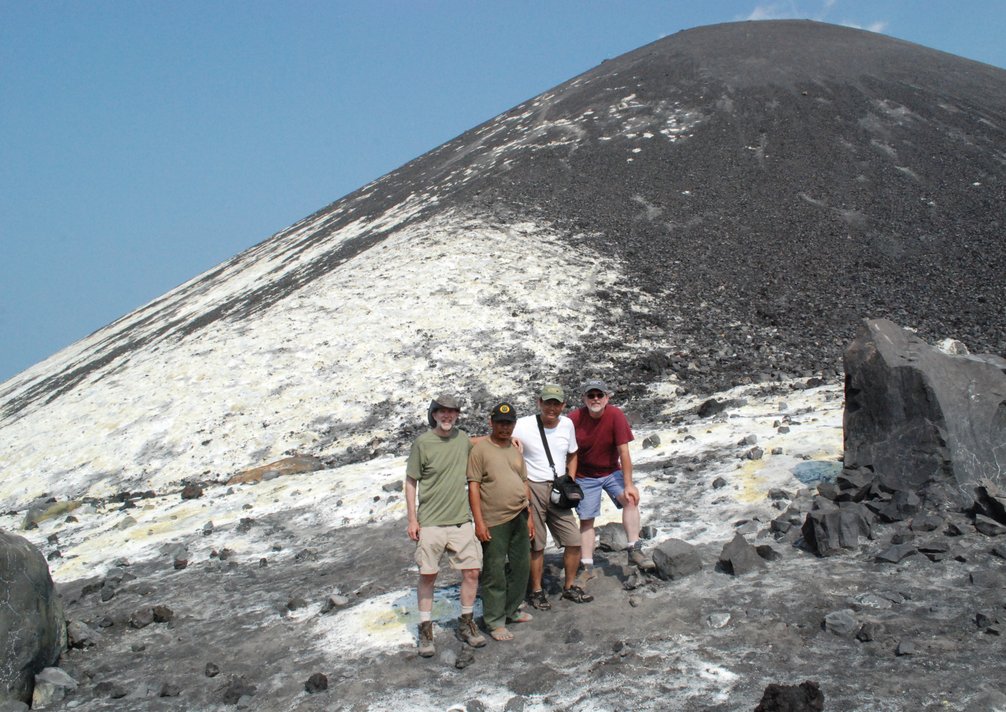 Dr. David Wildt was one of the co-founders of C2S2.  I first met Dave at White Oak Conservation Center with Susie Ellis for a fundraiser for the International Rhino Foundation.  I later travel with him to Indonesia in 2012 with Susie Ellis to see the Sumatran Rhino Sanctuary in Sumatra and Ujung Kulon National Park in Java, Indonesia.  We climbed Anuk Krakatau in the Sundra Strait.  Later that year, I visited with Dave and his staff at the Smithsonian Conservation Biology Institute in Virginia.  I attended each C2S2 meeting from 2013 to 2019 and Dave was at each one with the exception of 2019 when he was ill.

In 2017, Dave invited me to accompany him and veterinarians from the National Zoo in Washington, DC and the San Diego Zoo to Chengdu, China.  They were on official business to coordinate research projects with Chinese Panda biologists.  I paid my own way, tagged along and was allowed to visit three Giant Panda conservation centers.

I had great respect for this wonderful man.  I watched him conduct the C2S2 annual meeting and work with various organizations and personalities.  He was able to get disparate groups to work together with common goal of saving endangered species.

Dr. David Wildt was a pioneering reproductive biologist that was one of the first to work with endangers species.  He had tremendous diplomatic skills and was able to work with two competing superpowers (China and USA) and elicit cooperation to save a very endangered species- The Giant Panda. 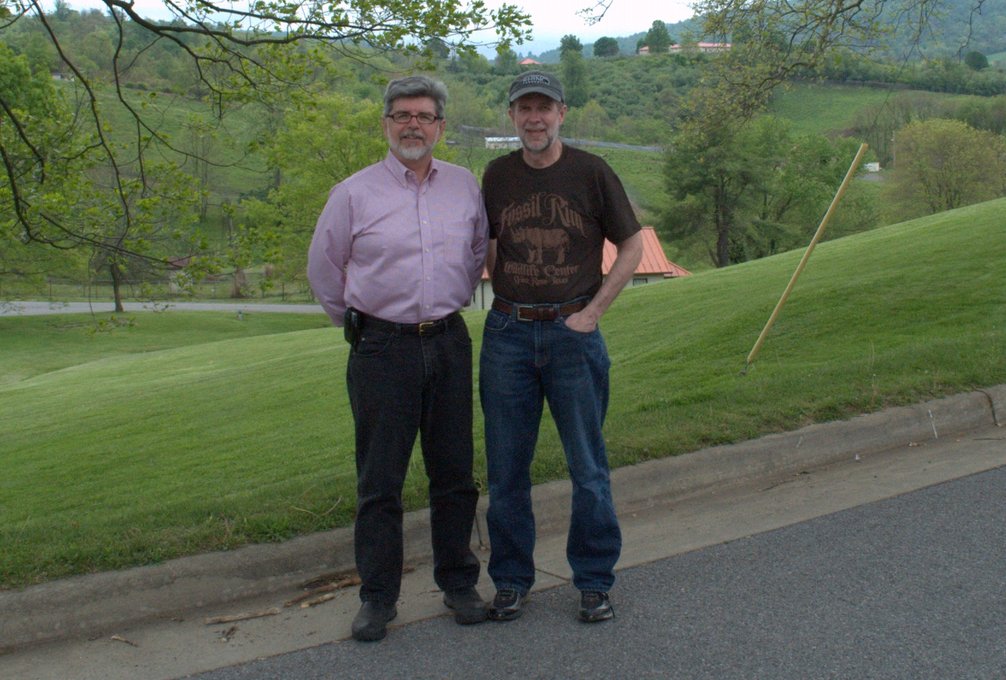 A cow is not a cheetah. Yet against all odds, the fate of this iconic cat will be forever tied to a farm boy from Chandlerville, Illinois, whose would-be career as a livestock husbandry scientist took a wild turn forty years ago. David E. Wildt, renowned scientist and conservationist died at his home on January 15, 2020, surrounded by his family. He was 69. Wildt retired as the Director of the Smithsonian's Conservation Biology Institute’s Center for Species Survival in December 2018.

A seminal leader in conservation biology, his prolific breakthroughs in reproductive biology and population genetics benefitted wildlife enormously. Wildt established genome resource banks and developed ground-breaking assisted reproductive technologies for giant pandas to name just one of more than 50 endangered species. His scientific legacy includes more than 300 scientific papers and mentorship and training of hundreds of graduate and post-doctoral students, and colleagues around the world.

Wildt’s early pioneering work on the cheetahs led to the creation of the New Opportunities in Animal Health Sciences (NOAHS Center) in 1988 fostering interdisciplinary collaboration among the National Zoo, the National Institutes of Health, and the National Cancer Institute, with the mission to promote the health, genetic diversity, and reproduction of endangered species in zoo and wild populations.

In 2005, he was one of the founding visionaries to establish the Conservation Centers for Species Survival, now based in Texas. This unique consortium was born out of an urgent need for science-driven programs and greater collaboration between facilities managing critically endangered species and private landowners. To date, these Conservation Centers have helped save some of the world’s rarest animals, from the black-footed ferret to the cheetah, giant panda, Florida panther, Scimitar-horned oryx and others dependent on large tracts of land to thrive.

In 2017, Wildt received the  Smithsonian Institution’s Distinguished Scholar Award in the Sciences.  He also received scientific achievement awards from Illinois State University, the American Association of Zoo Veterinarians, and the Association of Zoos and Aquariums.

In 1994, Wildt married fellow conservationist Susie Ellis, executive director for the International Rhino Foundation. Their vital collaboration continues to impact the conservation of numerous wildlife species.  But, it was the human species that brought Wildt his great joy. He is survived by daughter Chelsea Taft, her husband Beau and grandsons Noah and Jackson, as well as stepsons Zachary Joseph (wife Cassie), and Maxwell Joseph (wife Stephanie), and granddaughter Everett as well as numerous treasured academic offspring. He also is survived by his mother, Louise Wildt, brother Alan Wildt (wife Margaret) of Virginia, IL, and their three children. Wildt and Ellis are canine parents to Ivy La Fleur (IVF), a female from the first litter of dogs birthed in 2015 via in vitro fertilization. Wildt’s SCBI team partnered with researchers at Cornell University to successfully use in vitro fertilization (IVF) to produce live, healthy domestic puppies from cryopreserved (frozen) embryos.

The mechanical darling of Wildt’s eye was his prized 1950 John Deere A tractor, a family heirloom. He realized a lifetime dream of driving it across Michigan’s Mackinac Bridge in 2018. Wildt savored quiet summer afternoons wandering around his beloved Shenandoah Valley acreage, ensuring that the property was pristine. Another passion was orchestrating annual elaborate July 4th firework displays at the annual family gathering on the family farm in Illinois. He was a founding member of “Men at Meatloaf,” a group of six cherished friends who meet religiously at the Strasburg Diner on Tuesday nights for dinner.

Wildt was born and raised in rural Illinois. Cherishing his farm heritage, Wildt grew up on a family livestock and grain farm with many pets and participated in 4-H and Future Farmers of America. Wildt was married to Brenda Baldwin in 1970 through 1985 and remained friends. He received his bachelor’s degree in animal science from Illinois State University in 1972 and his master's degree in animal husbandry from Michigan State University in 1973. Wildt also completed his doctoral studies at Michigan State University, studying physiology and animal husbandry under the supervision of eminent primatologist Dr. Richard Dukelow.

Wildt will be buried in Walnut Ridge Cemetery in Virginia, Illinois, in his family plot. A memorial service and celebration of his life will take place later this Spring in Strasburg, Virginia.  In lieu of flowers, a fund will be established to host thought leaders at SCBI and continue the mentoring that was so important to Wildt.

Wildt is remembered as an insatiable worker, eminent scientist, highly ethical leader, caring mentor, farm-boy at heart, and a loving father and husband.

In recognition and gratitude to all Dave Wildt did for the Smithsonian, we have set up a fund to honor his work. Donations made in Wildt's memory will support his legacy and passion for educating students by bringing renowned science leaders and eminent researchers to SCBI to inspire the next generation of conservation leaders. 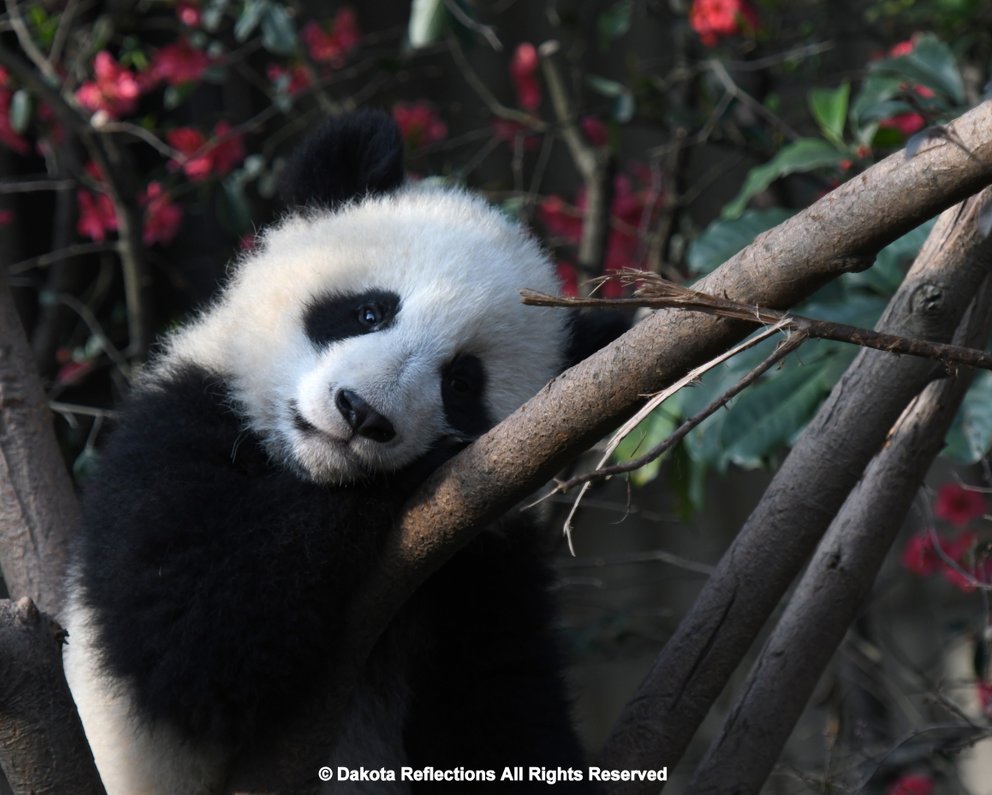 Statement from the Chengdu Panda Base on the passing of Dr. David Wildt

conservation program for which David was a selfless supporter.

Dr. Wildt dedicated all his life to the conservation of wildlife, the giant panda is only one of the over fifty vertebrate species he focused on. In 1996, he was invited to come to China for The Giant Panda Biomedical Survey, since then he has been deeply connected with giant panda conservation. The survey conducted ‘basic research’ on a total of 61 giant pandas, spanning three years, to learn as much as possible about previously unstudied phenomena in giant pandas. The use of new veterinary knowledge to benefit the giant panda was applied as a result of this project enhancing the health, reproduction and management of pandas. Dr. Wildt, along with Dr. Donald Janssen and Dr. Susie Ellis, together with Mr. Zhang Anju, the former director of Chengdu Panda Base, wrote the textbook "Giant Pandas: Biology, Veterinary Medicine and Management, a practical book to guide conservation work".

In practical terms, the results from this survey, in regards to the establishing of our collaboration, actually achieved more than the technical aspect. In the initial days of the biomedical survey program, multiple challenges existed in both the scientific research technology and social environment of China. However, despite these challenges, Dr. Wildt always helped us with his excellent communication and coordination skills, leading us to overcome one difficulty after another with his great patience, tolerance and kindness. However busy he was, Dr. Wildt always thought about giant panda conservation research, he was full of energy and enthusiasm and never changed over the past 25 years.

There is a Chinese expression that states “the new leaves and branches at the head of the trees, grow from the older tree trunks”. This expression reflects Dr. Wildt's contributions as he made all-out efforts to assist with furthering the development of Panda Base. Previously, we severely lacked guidance for our research program, as a result he organized a capacity building program and provided unconditional support to help train and increase the scientific ability of many researchers from the Panda Base.

Furthermore, he also sent his trusted students, Dr. JoGayle Howard, as well as senior wildlife veterinarian Dr. Marc Valitutto, from the Smithsonian Conservation Biology Institute and Dr. David Kersey, an endocrine expert to Chengdu. These experts have given us precious guidance in giant panda reproduction, veterinary and endocrinology studies. Furthermore, Dr. Wildt helped us to solve our urgent needs when equipment and supplies were lacking or unavailable in China. Countless times, through coordinating and communicating positively, regarding the collaborative projects between us he helped us overcome our challenges. All of these are inscribed in our memory.

We are saddened to learn of the passing of Dr. Wildt, his kind advice, smiling face and generous assistance are deeply engraved in our heart. We cherish and honor all of his endeavors to Panda Base.

We take this moment to remember Dr. Wildt, and to continue to carry forward and further the cooperation with the Smithsonian Conservation Biology Institute for the conservation of giant pandas, which was so important to him.

He is the model for generations of giant panda researchers to pursue and learn from. We deeply mourn and lament his passing and send our thoughts and prayers to all those who love him. We hope he rests in peace."